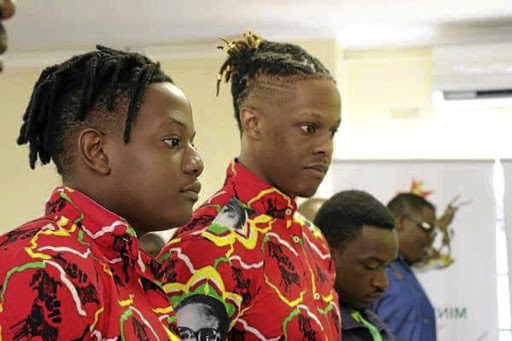 Robert Mugabe may be gone, but his children will carry the name, good or bad, in their chosen paths which feature showbiz, farming and mining, for years to come.

When Mugabe married Grace, she had a son from a previous marriage to an air force officer, Stanley Goreraza. Their child, Russell, became the eldest in the Mugabe household.

Russell was close to his mother’s business interests and, to some extent, used her influence in striking multimillion dollar contracts. His most publicised deal was the acquisition of platinum concessions by a Kazakhstan company, Todal Mining, in which he played the role of middleman.

It was a lucrative venture for Russell who also acted as his mother’s “fixer” in a deal where they purchased a US$1,5m diamond ring from Lebanese businessman Jamal Hamed.

Hamed is now suing them for US$4m over the alleged “unlawful seizure” of his houses in Harare.

At the time of his stepfather’s death, Russell had relocated to Sandton, Johannesburg, with some associates who ruled the Harare social scene when Mugabe was in power.

Mugabe’s first born and daughter Bona is married to a former pilot, Simba Chikore, and they gifted him with his only grandchild. In Bona, Mugabe saw himself. During his last days in power, he took her on international diplomatic missions. He also appointed her to the Zimbabwe Censorship Board, part of whose mandate was to deal with the “Mugabe insults”.

In the week her father was toppled in November 2017, her wheat farm was burnt by angry protesters. She then withdrew into private life, surfacing at a show for Nigerian musician Davido in Harare in April 2018. One of her notable extravagant projects was the construction of a multimillion dollar mansion in a prime area in Harare.

The two “bad boys” of the Mugabe household, Robert Junior and Bellarmine Chatunga, are the most prominent. The inseparable pair’s champagne lifestyle caused some turbulence, even sparking a diplomatic controversy when their mother walked in on a “party” and allegedly beat Gabriella Engels with an electrical cord upon finding her in the boys' rented apartment in Sandton.

The boys were not academically gifted. Robert Junior dropped out of university. Bellarmine earned the nickname “Undertaker” from his father. They run a promising entertainment business, Triplife Entertainment.

In 2016 Chatunga reportedly approached a local bank for a loan to finance his business but was turned down. In an interview with the state run Herald last month, Chatunga said their entertainment venture had been funded by their sceptical parents. “My parents actually gave me money. I am not going to lie to you. My parents used to say, ‘we don't know what's going to happen, we don't know whether this will work out or not’.”

Privileged or not, they will both benefit from and be disadvantaged by their late father’s controversial legacy.

Here are five must-read stories on Mugabe:
News
2 years ago