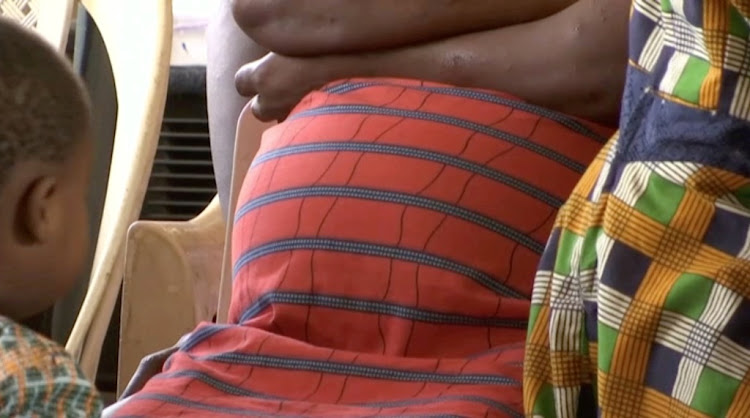 A still image taken from a video shows a pregnant woman, who was freed by police with other girls and women that were held captive, waiting at a police station in Lagos, Nigeria, on September 30 2019.
Image: Reuters TV via REUTERS

Police in Nigeria's biggest city, Lagos, have freed 19 women and girls who had mostly been abducted and impregnated by captors planning to sell their babies.

The girls and women, aged from 15 to 28, had been brought from all over Nigeria with promises of work, Lagos police said on Monday. Four babies were also found.

"Baby factories", as such premises are widely known, are most common in parts of eastern Nigeria.

"The young women were mostly abducted by the suspects for the purpose of getting them pregnant and selling the babies to potential buyers. The girls were tricked with employment as domestic staff in Lagos," said Lagos police spokesperson Bala Elkana.

The girls and women were brought to Lagos from the southern and eastern states of Rivers, Cross River, Akwa Ibom, Anambra, Abia and Imo.

Elkana said the raid had taken place on September 19 but had been kept secret to enable the police to apprehend suspects.

Two women aged 40 and 54 were arrested in connection with the case and police were still looking for a third.

One of the freed women, who did not want to be named, said she had been impregnated by her boyfriend and told by her aunt that there was a job for her in Lagos.

She said a woman to whom she was introduced had induced her labour when she was seven months pregnant.

"After being in labour for three days, that was when police raided the place and took all of them. The baby came out weak and finally died," she told Reuters.

Elkana said the state criminal investigation department would take over the case and was working with other agencies to resettle the women and girls and their babies.

Last week, about 400 boys and men, some as young as five and many in chains and scarred from beatings, were rescued from a building in the northern city of Kaduna that purported to be an Islamic school.

Government has welcomed the Pretoria High Court’s landmark ruling handed down to Ediozi Odi, who received six life sentences and an additional 129 ...
News
2 years ago

The Hawks have confirmed the arrest of five men in Johannesburg who allegedly kidnapped three teenagers from Ethiopia.
News
2 years ago

Woman jailed for smuggling child, 6, from Mozambique and forcing him to work

A six-year-old boy was smuggled from Mozambique into South Africa, where he was exploited to work without payment. The woman responsible will now ...
News
2 years ago