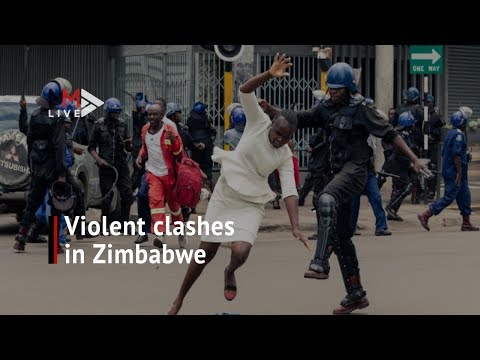 They had gathered outside its building in Harare for a speech by leader Nelson Chamisa.

But their singing was soon stifled, as police moved in, using batons to disperse supporters.

Hundreds of police blocked roads leading to the party's headquarters.

Political tension is rising in Zimbabwe, where the population is grappling with a severe economic crisis.

It has seen rolling power cuts lasting up to 18 hours a day and shortages of foreign currency, fuel and medicines.

This latest police action comes as the opposition accuses President Emmerson Mnangagwa of adopting heavy-handed tactics, like his predecessor, the late Robert Mugabe.

The president has defended himself, saying his administration is opening up political and media space.