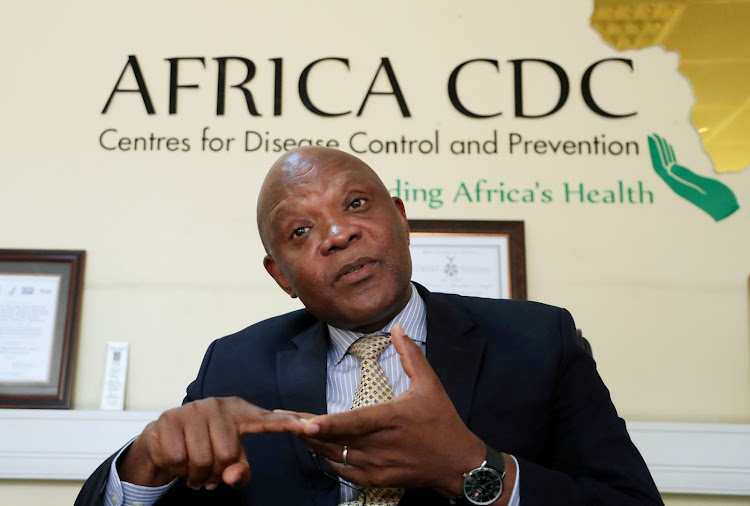 The head of the Africa Centres for Disease Control and Prevention (CDC) on Thursday rejected an assertion by Tanzania's president that coronavirus tests it supplied are faulty.

Tanzania's government spokesperson said a team was conducting investigations on the laboratory that conducted the tests, and the outcome will be made public once complete. The World Health Organisation (WHO) expressed confidence in the tests.

On Sunday, Tanzanian President John Magufuli said the imported test kits were faulty after they had returned positive results on a goat and a pawpaw - among several non-human samples submitted for testing, with technicians left deliberately unaware of their origins.

The next day, the head of the national health laboratory in charge of testing was suspended. The president did not say why the authorities had been initially suspicious of the tests.

"The tests that Tanzania is using, we know they are working very well," John Nkengasong told journalists.

Chinese billionaire businessman Jack Ma has announced that his foundation, together with the Alibaba Foundation, will donate test kits, protective ...
News
2 years ago

The Africa CDC, along with the Jack Ma Foundation, a charity founded by the Chinese billionaire, supplied the tests, Nkengasong said.

Ma, founder of Alibaba, has donated thousands of tests kits, masks and protective gear to African nations and the equipment is being used across the continent. No other countries have made public complaints about the tests.

"We are very instrumental in training, providing training to nearly all countries and providing them with test kits. We've also in the last couple of weeks and months distributed tests from the Jack Ma Foundation that have been validated and proven to be very, very reliable," Nkengasong said.

Hassan Abbas, Tanzania's chief government spokesperson, said the government had formed a team of experts to examine the lab that conducted the tests, and it would give the outcome of the results once completed.

"What the president said was based on initial tests run by using animals ... to test the veracity of the test results," Abbas said.

"Our worry was based on empirical findings. Once the team finalises its work we will know the gravity of the lapses in the machines."

Uganda began to loosen one of Africa's strictest anti-coronavirus lockdowns on Tuesday after President Yoweri Museveni declared the infection "tamed."
News
2 years ago

Tanzania, where places of worship remain open, has at least 480 confirmed cases and 18 deaths, the fourth-highest case load in Eastern Africa. But the data is from Sunday, the most recent day the government released figures.

Almost all other African nations release daily reports on the latest tallies on infections, fatalities and recoveries. Tanzania's lag has prompted criticism from the country's opposition that the government is being secretive.

Asked about Tanzania's questioning of the tests, WHO Africa head Matshidiso Moeti said on a teleconference with the media: “We are convinced that the tests that have been provided ... both through procurement through WHO and those that came through Jack Ma donations, were not contaminated with the virus.”

Africa's testing capacity has expanded sharply but it has still carried out only around 685 tests per million people, according to a Reuters tally of figures from the Africa CDC. By comparison, Europe has carried out nearly 17-million tests, or just under 23,000 per million.