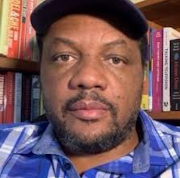 Zimbabwean investigative journalist Hopewell Chin'ono remains behind bars, three weeks after he was arrested at his home.

Chin'ono was denied bail by the Zimbabwe high court for a second time last Thursday. According to eNCA, he was transferred from Harare Remand Prison to Chikurubi Prison, which is a maximum-security facility.

His lawyer, Beatrice Mtetwa, said she was concerned Chin'ono could contract Covid-19 in prison after he was asked to remove his protective gear.

The US embassy in Harare said denying the journalist bail amounted to undermining freedom of speech and democracy.

Denying bail and using the legal system to jail journalist Hopewell Chin'ono, Transform Zimbabwe leader Jacob Ngarivhume, and others for exercising their rights undermines democracy and freedom of speech. pic.twitter.com/rAoBrK2WIr

The European Union embassy in Zimbabwe told Al Jazeera: “Journalism is not a crime but a crucial pillar of any democratic society and of the fight against corruption. Journalists and freedom of expression deserve protection.”

The journalist was arrested on July 20 at his home in Harare ahead of anti-corruption and anti-graft protests on July 31.

Chin'ono called on the public to protest against the country's weak economy and government corruption. He is facing charges of inciting public violence, which he denies, according to Al Jazeera.

His arrest received global attention after he recorded it and shared the now-deleted video on Facebook.

His lawyer told TimesLIVE that about eight state agents broke a glass door to gain entry to Chin'ono's house.

Calls for his release

Among the prominent voices who have called for Chin'ono's release are award-winning Zimbabwean journalist Tsitsi Dangarembga and One SA Movement leader Mmusi Maimane.

An online petition demanding his release has been signed by more than 28,000 people.