'They fired three shots into the air. They came to steal food' 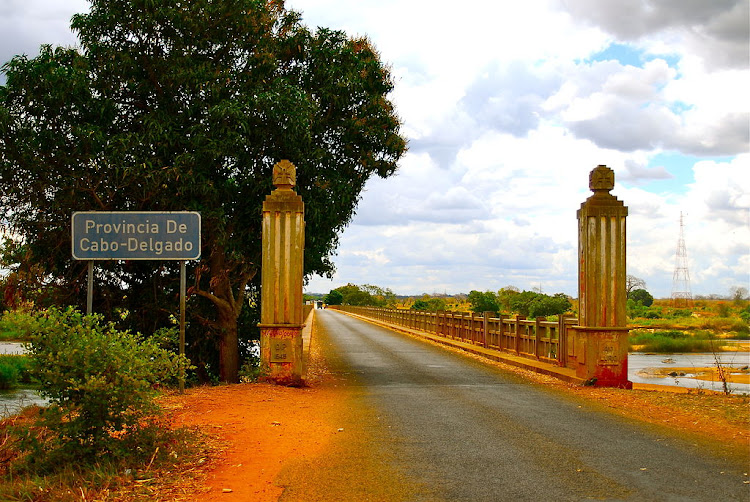 The EN1 road bridge over Rio Lúrio, the border between Nampula and Cabo Delgado provinces in Mozambique. Attacks by insurgents in Cabo Delgado have intensified over the past month.
Image: Wikipedia

The al-Shabab fundamentalist group targeted a village in Macomia district in northern Mozambique on Tuesday, the latest in a spate of attacks in an area that has become notoriously dangerous.

A government commission recently visited the affected Cabo Delgado province, but did not go near the hot zones. Journalists are battling to get access to the areas where fighting started in October 2017, and is said to have killed 1,400 people and displaced 250,000 residents in the 30-million population.

On Tuesday around 5pm, the insurgents attacked Oluma village at the Mucojo administrative post, about 18km from the Macomia district headquarters, a local source said.

“Villages were burning. This is bad,” said a resident who did not want to be named.

Attacks in the northern Cabo Delgado province have intensified over the past month, with rebels reported to be taking control of a key northern Mozambique port, Mocimboa da Praia.

It is in the heart of the country’s vast offshore gas fields, where $60bn (about R1-trillion) in projects are at risk.

Mozambique: Attack
Shared as part of the #CaboLigado project.
During the night of 06-07 Sept insurgents attacked Manica, Macomia district. Reports indicate no casualties or kidnappings but goats and other food were taken. Assailants remains present in the town until 07 Sept. pic.twitter.com/S7EkMMtkfv

Last week, the island of Vamize, a tourism attraction in the northern parts of the country, experienced a group of insurgents bursting on to its shores.

“They fired three shots into the air and people started to flee everywhere. They came to steal food and other things,” a local source said.

According to a blog monitoring the insurgents' movements, they stole goats and food.

The Mozambique travel website describes the island as “a 12km desert island paradise fringed with pristine beaches and the clearest of seas”.

Last week Vamizi Island, off the northern coast of Mozambique, was attacked by insurgents who stole goats and food.
Image: https://vamiziisland-mozambiquetravel.com/

The national commission for defence, security and public order, led by Raimundo Diomba, visited the Cabo Delgado and Nampula provinces from August 31 to September 2, but did not go to the areas affected by the attacks. The delegation stayed in the southern parts of the province to “work with defence and security forces”.

The commission said: “There are undoubtedly constraints that have to do with logistical issues specific to the situation in Cabo Delgado province. We note that we need to further support our defence and security forces that are guaranteeing peace not only for the province of Cabo Delgado, but for the entire national territory. They need ways that we can facilitate their operation.

“The situation we found in Nampula shows there is a need for collaboration between the two provinces so we had to continue to the south and then move north. The forces that are there (Nampula) and here (Cabo Delgado), there has to be collaboration in such a way that there is no infiltration of terrorists to Nampula.”

#today, @WFP #Mozambique delivered:
➡️37,35 tons of #LifeSaving
➡️Oil, dried beans and peas, for
➡️575 families in Natiti and Alto Gingone neighborhoods
➡️of over 5500 families in Pemba only and
➡️113,000 #IDPs in Cabo Delgado.
Thanks to @USAIDSavesLives, @eu_echo & @DFID_Moz pic.twitter.com/1ROgVXC4Fy

The delegation visited accommodation centres for displaced people as a result of the conflict in the northern parts of the country. Diomba said Nampula province was housing more than 10,000 displaced people.

There are about 250,000 displaced people as a result of the conflict in Cabo Delgado. According to the NGO the Armed Conflict Location & Event Data Project (Acled), more than 1,400 people have been killed in the attacks since October 2017, reported www.observers.france24.com.

Diomba denied that reporters were not allowed into the conflict zone, saying: “There is no barrier that can happen in relation to our media.”

Insurgents 'settled in' at captured strategic port in Mozambique

Heavily armed insurgents who seized the strategic port of Mocimboa da Praia, about 90km away from the commercial gas projects in the Palma district, ...
News
1 year ago

The insurgents behind the deadly attacks in northern Mozambique are exploiting links with African crime syndicates, whose assistance is seeing arms ...
News
1 year ago

After insurgents captured the northern Mozambique port of Mocimboa da Praia on Tuesday, SA contract workers in the gas-field town of Palma, 70km to ...
News
1 year ago