'It’s been long': how life is slowly easing back to 'normal' in Zimbabwe 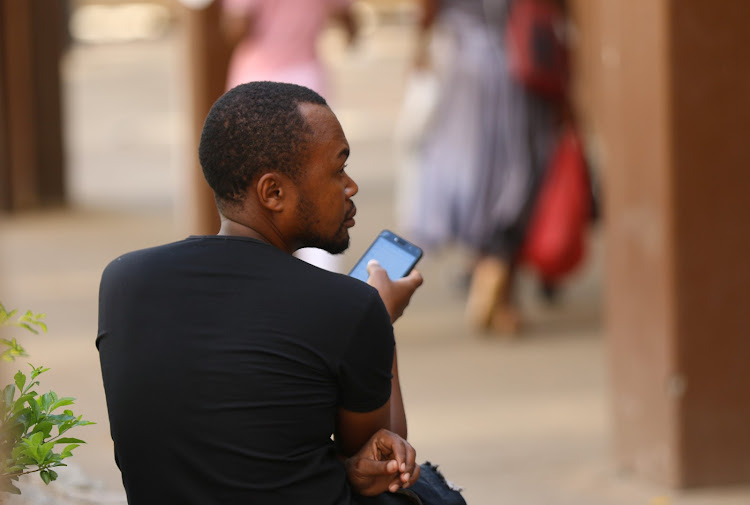 Life in Zimbabwe is gradually reverting to how it was pre-lockdown, as the economy opens up.

Statistics indicate there have been a total of 7,598 confirmed Covid-19 cases, 5,823 recoveries and 224 deaths in the country - with an average of 24 new cases per day.

The big cities of Harare and Bulawayo have the highest number of infections. But for the first time in six months, people are becoming visible in the CBDs as late as 8pm, others as early as 5am.

President Emmerson Mnangagwa announced that businesses could open between 6.30am and 6.30pm - providing for a 12-hour business day, up from seven and a half hours (9am-4.30pm) previously.

“It’s been long. I was already missing the atmosphere,” said S’thembile Ncube, a regular patron at a pub and grill in Bulawayo, sipping on a cocktail.

Like many, she went from work at 5pm to relax with friends for an hour or two. Their new normal features temperature checks and sanitisers on entering the pub and grill.

Zimbabwe’s ruling Zanu-PF says the ANC special envoy to Harare is acting in bad faith and “forcing” it to meet opposition and civil society groups.
News
1 year ago

Perhaps the biggest cheer on Wednesday was when President Cyril Ramaphosa said SA would open its borders for international travel on October 1. SA is Zimbabwe’s biggest trade partner and most local businesses rely on SA for supplies.

“I’m back in business. I survived the storm. Now I can continue with my cross-border business,” said Scotch Tshuma, a bus operator plying the Bulawayo-Johannesburg route. He has been grounded since April.

With politics playing a big part in day-to-day life, the Zimbabwe Electoral Commission (ZEC) announced that by-elections for parliamentary seats and the local authority would go ahead. This has paved the way for political parties to start campaigning.

Hardest hit by Covid-19 has been tourism. Most attractions have opened up, but with reduced prices as the industry restarts. Air Zimbabwe and SA-owned Fast Jet in separate statements said they would resume local and international operations as of September 23.

Air Zimbabwe plans to increase the number of routes “in line with market trends”. Ethiopian Airways announced it would resume flights into Victoria Falls from October 6.

During the first phase of the lockdown at the end of March, it was revealed that at least 7-million Zimbabweans in urban and rural communities required food aid. The government in partnership with global organisations such as the World Food Programme (WFP) continuously distributes food aid and cash relief.

An announcement by the meteorological services that Zimbabwe will receive early rains and average to above-average rainfall was a lifeline for agriculture.

“I have started preparing the land and buying inputs. The easing of the lockdown means I have more time for farming. If the rains are as good as we are told, then food security won’t be an issue next year,” said a resettled farmer.

The media, particularly newspapers, halted print editions during lockdown, but now copy sales are on the rise again.

“I have been selling only five copies of the newspaper per day out of 30 copies. Now I sell about half of what I get. It’s a great improvement - but it’s still not good enough,” said one vendor.

Several people who spoke to TimesLIVE said they hoped a vaccine would be rolled out so that life could return to normal.

Parliament 'must have oversight' on ANC payback for Zimbabwe trip: DA

The DA wants parliament to be part of determining how much the ANC will pay for senior party members who used an air force jet to travel to Zimbabwe.
Politics
1 year ago

“It has been a few days since the eviction began and we are still unable to find words to articulate the feelings felt to see our home of 22 years ...
News
1 year ago

Zim teachers working in Limpopo 'locked outside SA' due to restrictions

A process is under way to bring into the country 16 school teachers from Zimbabwe who work in Limpopo but have been unable to return to SA due to ...
News
1 year ago