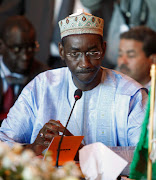 Former foreign minister Moctar Ouane was named as Mali's interim prime minister, state television said on Sunday, a move likely to trigger the lifting of sanctions imposed by the West Africa regional bloc in the aftermath of the military coup last month.

A veteran diplomat, Ouane, 64, served as Mali's ambassador to the United Nations in 1995-2002, and as foreign minister in 2004-2011. The bloc had demanded a civilian leader be installed as a condition for lifting the sanctions.

The men will be tasked with overseeing an 18-month transition back to civilian rule after the August 18 overthrow of President Ibrahim Boubacar Keita.