Ethiopia proposes holding postponed vote in May or June 2021 - FANA 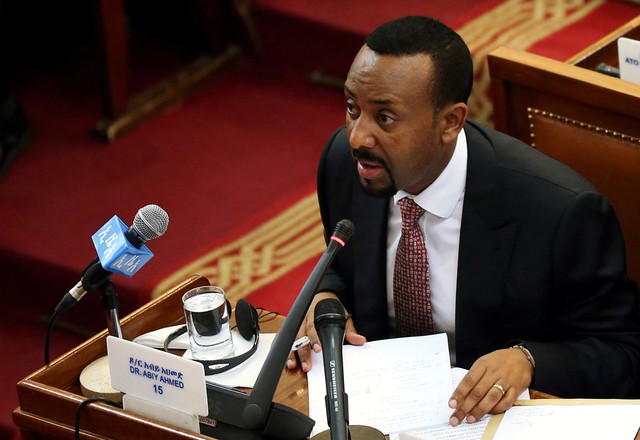 Ethiopian authorities have proposed holding a postponed election in May or June 2021, state-affiliated broadcaster FANA said on Friday, setting the stage for a test of support for Prime Minister Abiy Ahmed's sweeping economic and political reforms.

The government postponed a parliamentary election scheduled for August this year due to the Covid-19 pandemic.

The country's election board, which FANA said had proposed the move, did not immediately respond to a request for comment.

Next year’s vote will be a litmus test for Abiy, who after decades of repression introduced sweeping economic and political reforms that helped win him the Nobel Prize last year.

Last month Ethiopia’s northern Tigray region went ahead and held regional elections in a show of defiance against Ahmed, who called the vote illegal.

In the past three years, Ethiopia has faced several outbreaks of ethnic violence, what the government described as an attempt at a regional coup led by rogue security forces, and increasingly insistent demands from smaller ethnic groups for their own regions.

Ethiopia has filed terrorism charges against a prominent media mogul and opposition politician from the Oromo ethnic group, Jawar Mohammed, the ...
News
1 year ago

Ethiopia's electoral board said on Wednesday it expects to hold national elections on August 16, the first vote under prime minister Abiy Ahmed, who ...
News
1 year ago