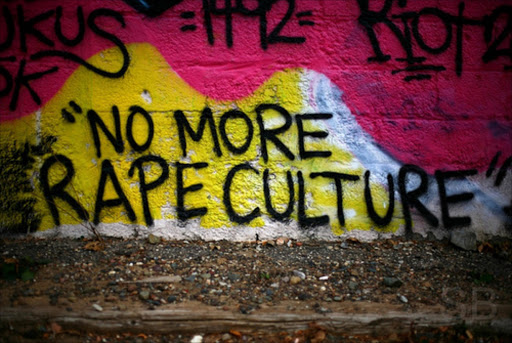 The 24-year-old captured the tiny West African nation's attention last year when she told a live-broadcast hearing that she was locked in a room and violently assaulted by Jammeh, whose 22-year-rule ended when he fled into exile in 2017.
Image: supplied

A former beauty queen who testified she was raped by Gambia's ex-president Yahya Jammeh is making a documentary to tell the stories of other women sexually abused under the former regime.

Fatou Jallow, known as Toufah, said the film will feature up to ten women, most of whom testified alongside her at Gambia's Truth, Reconciliation and Reparations Commission (TRRC), often being shamed and rejected as liars after speaking out publicly.

The 24-year-old captured the tiny West African nation's attention last year when she told a live-broadcast hearing that she was locked in a room and violently assaulted by Jammeh, whose 22-year-rule ended when he fled into exile in 2017.

Other women said they were raped by security officers and by the former interior minister in public statements to the TRRC, which was set up by current President Adama Barrow to address human rights violations under the previous regime.

The Thomson Reuters Foundation was unable to verify Jallow's account or that of the other women. TRRC hearings on different types of crimes are ongoing.

"It's the perfect time to come back and on our own terms," said Jallow in an interview in Senegal's capital Dakar before travelling to Gambia this week to start filming.

"The idea is to present victims in their everyday lives ... what are they interested in, what do they bring to their communities, and for women that testified at the TRRC, what was it like coming back into those communities?" she said.

Jallow was granted asylum in Canada in 2015 after fleeing home and now lives there full-time, while other women returned to their families and villages after testifying about abuse.

"I'm curious to know what that dynamic was like when they came back home," she said.

Rape is taboo in Gambia, and some have described Jallow's testimony as a breakthrough similar to the women who accused US producer Harvey Weinstein of sexual assault, sparking the #MeToo movement of women speaking out against sexual abuse.

The documentary is being produced with a 60,000 Canadian dollar ($45,000) grant from the Canadian government.

"We are hopeful that this will serve as a catalyst not only for truth and dialogue but also to sort of destigmatise and break the taboos around sexual and gender-based violence," said the Canadian Ambassador for Gambia Sebastien Beaulieu.

Jallow said she wants to challenge the idea many Gambians have of what a rape victim looks like.

"There is some kind of shattered state you have to be in to garner sympathy for your story to even be considered," she said.

"I think that is unfair to a lot of survivors."

As for those who still doubt her story, she said she has made peace with the fact that they may never believe her.

"I am done trying to bring them along with me in that journey. I just want to focus on survivors and represent them in the best way that I can, and use my platform to create platforms for them," she said.

Africa’s cities face unique risks: What can be done to manage them?

Cities in sub-Saharan Africa are growing fast. Nigeria alone is projected to add 212 million urban dwellers by 2050, equivalent to the current ...
News
4 years ago