Hopewell Chin'ono: Ginimbi could've been saved if Zim 'had an ambulance service that worked' 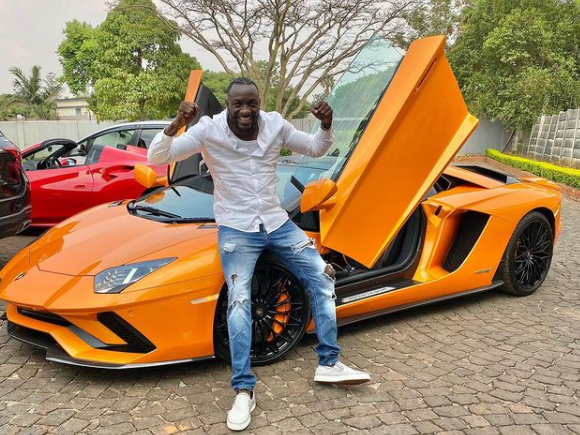 Zimbabwean journalist Hopewell Chin'ono has blamed the death of businessman and socialite Genius “Ginimbi” Kadungure on the country's “dysfunctional institutions”.

“My takeaway from Ginimbi’s death is that we need institutions that work for everyone. He could have lived if we had an ambulance service that worked.

"The looted state funds would have built a dual carriageway There are times when personal money can’t replace national rot. RIP,” Chin'ono tweeted on Monday.

My take away from Ginimbi’s death is that we need institutions that work for everyone!

He could have lived if we had an ambulance service that worked.

The looted State funds would have built a dual carriageway

Kadungure died last month in a car crash that also took the lives of three other people.

TimesLIVE reported that he had been driving his R5m Rolls-Royce Wraith when it veered off the road and hit a tree, before going up in flames.

Danny Kuwanga told police that with the help of three unidentified men, Kadungure's body was pulled out of the luxury car, but this was not possible for three other passengers who burnt to death.

Many challenged the award-winning journalist, saying Kadungure could not have been saved because he died instantly. Others defended his view.

Chin'ono explained the need for good institutions to avoid such accidents from possibly happening.

“If we had good institutions, he would have been stopped by police before the accident ... That is what good institutions mean. The fact that he was speeding means police don't have cars to patrol the streets because of looting and corruption,” he tweeted.

Do we know what institutions mean?

Zimbabwean Police are part of weak institutions that have been destroyed through looting that is why people drink arms drive without consequences except accidents.

They have no cars to patrol the streets due to looting and corruption! https://t.co/l8ZVdQPMg8 pic.twitter.com/yq5z7UTVwQ

The final party to be thrown for Genius “Ginimbi” Kadungure will be on Friday, but this time guests will have to bring their own champagne because he ...
News
1 year ago

Ginimbi to be buried with stack of dollars

Self-proclaimed blesser Serge Cabonge says the death of Zimbabwean socialite and multimillionaire Genius Kadungure is a big loss to the Joburg north ...
News
1 year ago