'You will die in the forest' — Nigerian schoolboys describe kidnap ordeal 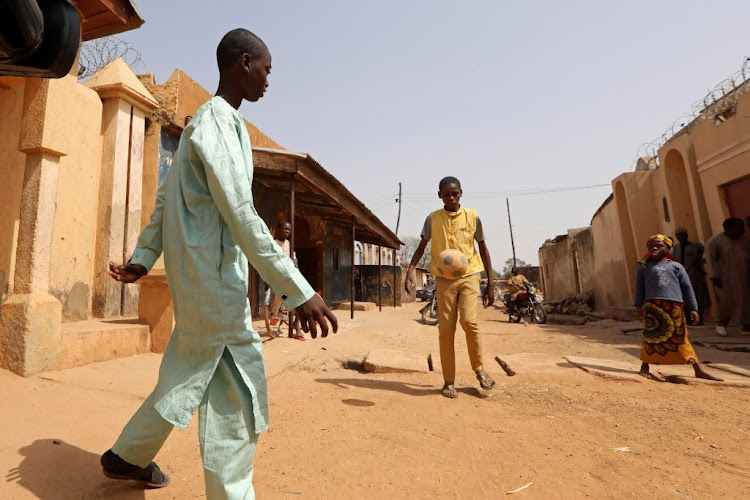 Annas Shuaibu says he awoke to the sound of gunshots fired by men who burst into his boarding school in northwest Nigeria in a night-time raid. He and hundreds of other boys were rounded up and forcibly marched out of the school and into a nearby forest.

After several hours trekking through woodland, the gunmen ordered them to stop walking and warned them not to try to flee, Shuaibu said. “They said even if you tried to escape, or we allowed you to run, you will go nowhere. Rather, you will die in the forest,” he said.

Shuaibu, 16, was among 344 students who were kidnapped from Government Science Secondary School, an all-boys boarding school, on December 11 in the town of Kankara, in Katsina state.

The boys were held for six days before security services rescued them on Thursday from Rugu forest, a vast woodland area that spans four of Nigeria's 36 states.

The incident stoked anger about the insecurity that has gripped much of the country, Africa's most populous, and evoked memories of Boko Haram's 2014 kidnapping of more than 270 schoolgirls in the northeastern town of Chibok.

Dressed in a turquoise kaftan and smiling broadly while playing football with friends near his home in Kankara, Shuaibu seemed carefree a day after being reunited with his family.

But the smile left his face when he described the conditions in which he and the other boys were held.

“I was really scared because I didn't know where we were going,” he said, speaking softly and often looking at the ground as he described walking through the forest and the boys being beaten by their captors.

Shuaibu, who said he did not know how many people held them, said the boys received little food, sometimes resorting to eating leaves and drinking from pools of water in the forest.

Another freed student told Reuters, hours after the boys' release on Friday, that the kidnappers had initially taken them to a hiding place.

“But when they saw a jet fighter, they changed the location and hid us in a different place. They gave us food, but it was very little,” said the student, who did not give his name.

On Friday, with their ordeal over, the boys were taken to meet the governor and then President Muhammadu Buhari.

Many details surrounding the incident remain unclear, including who was responsible, whether ransom was paid and how the release was secured. The Islamist militant group Boko Haram said it was responsible for the abductions but there was no confirmation of this.

The joy of being free has not worn off for 14-year-old Muhammed Bello.

“Now that I returned back home, I'll continue playing and do what I like,” he said, with a broad grin. “I'm very happy.”

But the raid made parents fearful.

Shuaibu's father, who previously told Reuters his son was 13, said he would not send the boy back to the school unless there was “proper security”.

Attacks by armed gangs, widely known as bandits, are common throughout northwestern Nigeria. The groups attack civilians, stealing from them or kidnapping them for ransom.

A criminal gang attempted to abduct 80 schoolchildren and take them into a forest in the Dandume area of Katsina state on Saturday night, Katsina police said on Sunday.

All the children were rescued, along with four other people who were also abducted, after police and a local vigilante group exchanged gunfire with the gang, police spokesperson Gambo Isah said in a statement.

Following the rescue of the boys taken from Kankara, Katsina Governor Aminu Bello Masari said security will be strengthened at schools across the state.

When the Kankara children were reunited with their parents on Friday weeping mothers and fathers hugged their boys, and some parents knelt to kiss the ground in gratitude.

Shuaibu recalled his fear of never seeing his family again.

“We feel extremely happy,” he said. “Some of us didn't expect that we would return.”