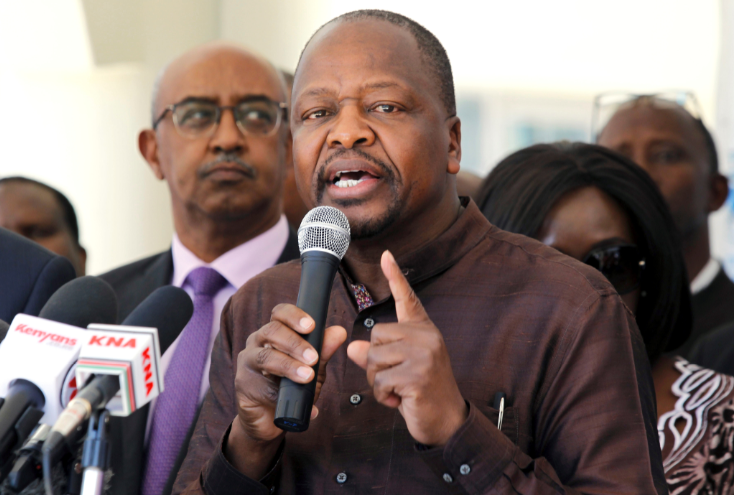 Kenya said on Friday it was seeking an extra 11 million doses of Covid-19 vaccines, on top of 24 million already ordered, and hopes to have 16 million people inoculated by June next year.

Sourced from major pharmaceutical manufacturers like Pfizer and Johnson & Johnson, the extra doses will be acquired through the African Union's disease control and prevention body. The country will obtain supplies from manufacturers directly if needed, it said.

The East African nation of more than 50 million people aims to vaccinate 1.25 million in phase one of the campaign by June this year, senior health ministry official Mercy Mwangangi told reporters. This would cover health and care-home workers as well as security and immigration personnel.

The objective is to vaccinate 16 million against Covid-19 by June next year, she told a news conference. "If more vaccines become available...then this target may change," she said.

As wealthier nations race ahead with mass immunisation campaigns, Africa is scrambling to obtain supplies for its 1.3 billion people. Only a few nations on the continent have begun administering vaccines.

On Thursday, the African Union said it had secured another 400 million doses of the AstraZeneca Covid-19 vaccine as part of its push to immunise 60% of the continent's population over a three-year period.

Mwangangi said the second phase of vaccination would involve 9.7 million people, comprising all those above 50 years old and those above 18 years old with underlying medical conditions, running between July this year and June next year.

The third phase, to unfold concurrently with the second, will be aimed at 4.9 million people including those living in congested areas and seen as particularly vulnerable, she said.

Earlier this month, Mutahi Kagwe, Kenya's health minister, said Kenya had ordered 24 million doses of the Covid-19 vaccine developed by AstraZeneca which it expected to start arriving in the second week of February.

On Friday, Mwangangi told Reuters that Kenya plans to offer the Covid-19 vaccine shots free of charge to its citizens.

She said Kenya will pay $7.70 per shot of the vaccines as negotiated under the COVAX facility.

"In Kenya, particularly any vaccine that will be sourced through public financing, there shall be no payment by Kenyans. It shall be free," Mwangangi said. For those who opt to get the vaccine privately, there will be a "minimum surcharge".