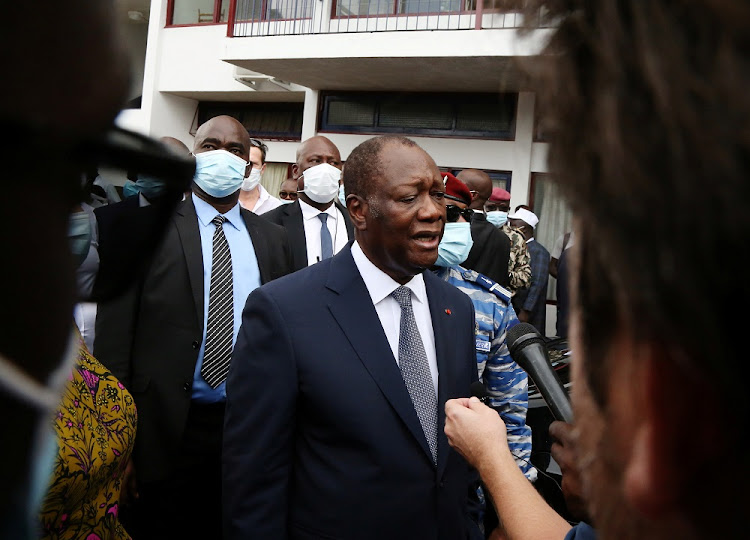 The poll comes only months after Ouattara won a third term in an election marred by unrest that killed at least 85 people, the country's worst violence since a 2010-2011 civil war.

After boycotting the presidential election in protest at Ouattara's decision to seek a third term, the parties of former presidents Henri Konan Bedie and Laurent Gbagbo are fielding parliamentary candidates on a joint list.

Clear control of parliament by Ouattara's Rally of Houphouëtists for Democracy and Peace (RHDP) would strengthen his hand to pursue an agenda based on attracting investment to the world's top cocoa producer. Ivory Coast has been one of the world's fastest-growing economies in recent years.

“We are voting for peace. We don't want any more endless debates between Ivorians,” said Aïcha Coulibaly, a hairdresser, who wore an RHDP t-shirt as she voted in Abobo, a Ouattara stronghold of the commercial capital Abidjan.

Polls close at 1800 GMT and final results are due on Sunday.

The opposition is under pressure to show it remains relevant after over a decade of political dominance by Ouattara, who came to power after defeating the incumbent Gbagbo in the 2010 election and then prevailing in the civil war that followed.

Gbagbo's faction of the Ivorian Popular Front (FPI) is participating in a national election for the first time since he was ousted in 2011 and sent to the International Criminal Court to face war crimes charges. He was acquitted in 2019.

“I am happy to participate in this vote. Since 2010, I hadn't voted,” said retiree Alfred Balli after casting his ballot in Yopougoun, a Gbagbo stronghold of Abidjan.

Bedie's Democratic Party of Ivory Coast (PDCI) dominated national politics from the 1940s until he was overthrown as president in 1999. It backed Ouattara for years but split with him in 2018.

Ivory Coast opposition leaders refused to disband their breakaway government on Wednesday despite being put under effective house arrest following a ...
News
1 year ago

Ivory Coast President Alassane Ouattara has provisionally won a third term in office with 94.27% of the vote, the electoral commission announced ...
News
1 year ago

Ivory Coast's government on Tuesday accused its opponents of sedition for creating a parallel administration in defiance of President Alassane ...
News
1 year ago