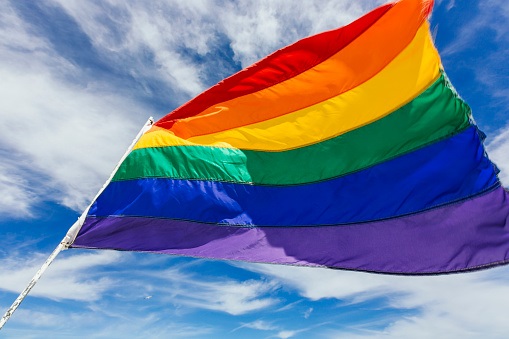 A group of lawmakers in Ghana want to criminalise the promotion of LGBT+ rights, a move that comes weeks after a community centre for sexual minorities was shut down following strong opposition from politicians and church organisations.

Parliamentarian Samuel Nartey George from the opposition National Democratic Congress said he and seven other MPs hoped their private members' bill to ban LGBT+ advocacy would be passed before the parliamentary session ends on March 31.

"We owe it to ourselves and the people of Ghana to uphold that which gives us our identity as a people ... May we unite in this fight against the scourge and perversion that homosexuality presents. So help us GOD," George wrote on Facebook on Monday.

Rights campaigners said the plan suggested various sectors were working together to create a "hostile environment" for LGBT+ people in the country, where persecution is widespread and gay sex is punishable with up to three years in jail.

Ghana has not prosecuted anyone for same-sex relations in years, but LGBT+ people face frequent abuse and discrimination, including blackmail and attacks, human rights researchers say.

The legislative initiative follows outrage from church groups, politicians and anti-gay rights groups in February after the opening of the country's first LGBT+ community centre.

On Feb. 24, the centre offering paralegal services, counselling and training through workshops was shut down by security officials, said LGBT+ Rights Ghana, which runs the facility.

In an open letter to Ghanaian President Nana Akufo-Addo, LGBT+ Rights Ghana called for an end to the harassment of sexual minorities.

"Mr President, our plea is not one which seeks to institutionalise same sex civil unions. Ours at this very point is to have some peace in our country and to feel safe," said the letter issued on Monday.

"Ours is asking that the state protect us from harm and that our sexual identifies do not become weaponised as a tool of oppression in violating our rights as established under the constitution."

Organisations such as Amnesty International, Pan Africa ILGA and CIVICUS have also spoken out over recent events in Ghana.

"CIVICUS is extremely concerned at the proposed tabulation of an anti-LGBTQI+ bill and the wave of intolerance against the LGBTQI+ community in Ghana," said Mawethu Nkosana, LGBTQI+ Advocacy Lead at CIVICUS, a global alliance of civil society organisations.

"Various institutions are working together to create a hostile environment by amplifying violent rhetoric and suppressing LGBTQI+ voices of dissent who are speaking out and seeking justice," Nkosana told the Thomson Reuters Foundation.

A Bangladeshi woman is the first news presenter in the country’s history to openly identify as transgender, The Guardian reports.
News
1 year ago

A man who challenged an Islamic ban on gay sex has won his case, a monumental victory, says activist
World
1 year ago

Homophobic language and hate speech against transgender people are on the increase among European politicians, an advocacy group said on Tuesday as ...
News
1 year ago