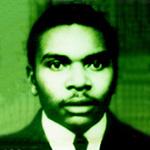 Rwandan fugitive Protais Mpiranya is believed to be on the run in Zimbabwe.
Image: United Nations International Residual Mechanism for Criminal Tribunals

Rwanda might finally arrest their most wanted man who has been on the run for 27 years, thanks to a diplomatic arrangement with Zimbabwe.

Protais Mpiranya, 61, is the most high-ranking genocide fugitive to be on the run after the arrest of alleged genocide financier Felicien Kabuga near Paris in May 2020.

Mpiranya, who is the most sought of the six remaining radical Hutu fugitives indicted by an international tribunal into the 1994 slaughter which left about 800,000 people dead, had a $5m (about R73.3m) bounty on his head.

He is wanted internationally for war crimes linked to the Rwandan genocide.

For years he was believed to be in Zimbabwe, and intelligence authorities in the country claimed the fugitive was using the fake identities of “Theophase Mahuku”, “Patrick Sambo” and “Jairus Kakule”.

His time on the run could come to an end after Zimbabwe and Rwanda on Friday signed a memorandum of understanding (MOU) on legal mutual assistance on criminal matters and on cooperation in the field of prisons/correctional services.

The MOU was signed as part of a four-day virtual joint permanent commission on cooperation between the two countries.

Zimbabwe’s legal affairs minister Ziyambi Ziyambi, a signatory of the MOU did not take calls from TimesLIVE.

There is an eight-year-old UN resolution that Rwandan refugees in Zimbabwe should be repatriated. The resolution states refugees who came to Zimbabwe before 1999 should be declared illegal immigrants.

The refugees are housed at the Tongogara refugee camp. According to official records, 658 are from Rwanda - most of them Hutus.

In July 2019, Sameri Kayimba, a Rwandan community leader at the refugee camp, told the Sunday Times that it was better for them to live in squalid conditions and they would return home only when President Paul Kagame’s Rwanda Patriotic Front is no longer in power.

He may have fixed Rwanda, but ‘extraordinary rendition’ shows Kagame’s ruthless streak

In April 1994, as SA was ushering in the dawn of freedom, Rwanda was engulfed in a genocide in which about 800,000 people were killed. But as SA ...
Opinion & Analysis
5 months ago

Paul Rusesabagina, depicted as a hero in a Hollywood movie about Rwanda's 1994 genocide and now on trial for terrorism, was denied bail on Thursday ...
News
7 months ago
Next Article