Fears over safety of unaccounted foreign nationals, including South Africans, in besieged town of Palma

Mozambique's northernmost province of Cabo Delgado has since 2017 been home to a festering insurgency, linked to the Islamic State, that has escalated dramatically in the past year. File photo.
Image: Supplied

Helicopters from Dyck Advisory Group (DAG) have become the only lifeline for thousands of people, including South Africans, who remain trapped in hotels and dense bush around the besieged Mozambican town of Palma.

Palma has been under attack since Wednesday by heavily armed rebel forces, who have reportedly killed scores of Mozambican and foreign nationals who work on the $60bn (R900bn) gas project run by French company Total on the nearby Afungi peninsula.

On Friday, Ahlu Sunna Waljama'a insurgents, who are reported to be loosely affiliated to the Islamic State, ambushed a 17-vehicle convoy attempting to transport foreign nationals and Mozambicans out of the besieged town.

Only seven vehicles made it, with an estimated 40 people killed and an unknown number feared to have been taken hostage.

Dozens of people were killed in an attack on the northern Mozambique town of Palma this week, a spokesman for the country's defence and security ...
News
9 months ago

With government forces seemingly unable to stop the insurgents advance, pilots flying for DAG have become the only lifeline for those still trapped. 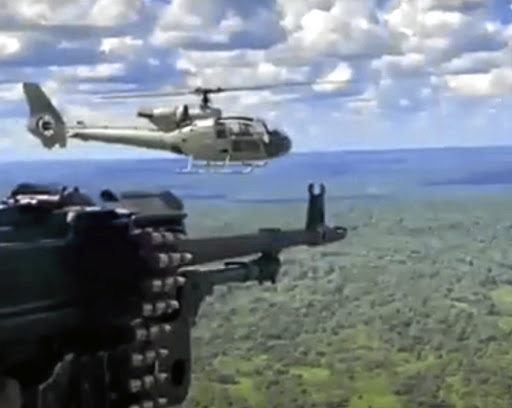 “However, we are still flying. We are incredibly busy. The people we have got to have been trapped in different locations around the town, including lodges and compounds of businesses.

“When we get word on locations, we go and search for them.”

He said fuel had become a big issue.

“Fortunately two aircraft, which are on loan, are ferrying in fuel. They are able to bring in fuel, which is helping us to keep on flying and carry out the rescues.”

Dyck said there were fixed-wing aircraft airlifting people from the Afungi peninsula, “but there is no-one else here to do the intensity of flying which we are doing at the moment.

“We are flying as much as we can, in terms of daylight and fuel that is available.”