Attack on Niger presidency repelled ahead of handover 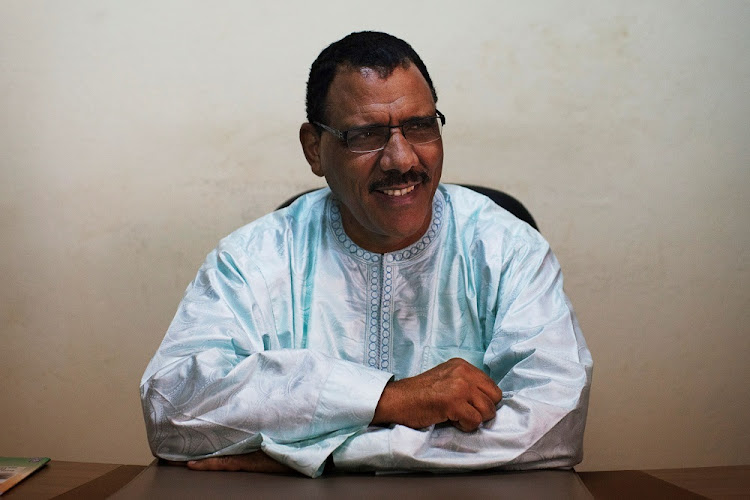 President-elect Mohamed Bazoum is due to be sworn in on Friday after an election victory disputed by his opponent, former president Mahamane Ousmane.
Image: REUTERS/Joe Penney/File Photo

A military unit tried to seize the presidential palace in Niger's capital Naimey overnight but it was pushed back by heavy gunfire and order has been restored, a senior Niger security source said on Wednesday, days before a handover of power.

The assailants, from a nearby airbase, fled after their attack was met with heavy shelling and gunfire from the presidential guard unit, three other security sources said, adding that a search was ongoing. The sources all requested anonymity because they are not authorised to speak to media.

The sources did not comment on the whereabouts of president-elect Mohamed Bazoum, who is due to be sworn in on Friday after an election victory disputed by his opponent, former president Mahamane Ousmane.

Former US Sahel envoy J. Peter Pham tweeted that both men were safe. The government of Niger was not immediately available to comment.

There have been growing attacks by Islamist militants, and protests in the country after Bazoum's victory in a February presidential election runoff. Former president Ousmane, who lost that contest, has rejected the results and said there was fraud.

In pockets of the capital on Wednesday, Ousmane supporters took to the streets for a scheduled protest and clashed with police, who fired teargas to disperse them, according to witnesses, who also said roads out of the city had been closed.

Bazoum's election is the first democratic transition of power in the west African state that has witnessed four military coups since independence from France in 1960.

The heavy gunfire started around 3am local time (0200 GMT) and lasted for about 30 minutes, according to a Reuters witness. By 10am traffic had resumed in the area and the situation appeared normal, said several witnesses.

The US Embassy in Niamey said it was closed for the day due to gunshots heard in the neighbourhood and warned that the security situation remained fluid in the post-election period.

Supporters of the losing candidate in Niger's presidential election burnt tyres, threw rocks and set several buildings on fire on Thursday, in a ...
News
1 year ago

Senegal opposition leader Ousmane Sonko called on Monday for more protests against President Macky Sall after being indicted and released on bail ...
News
1 year ago

Niger began voting on Sunday in the second round of a presidential election that is expected to usher in the first democratic transition of power ...
News
1 year ago