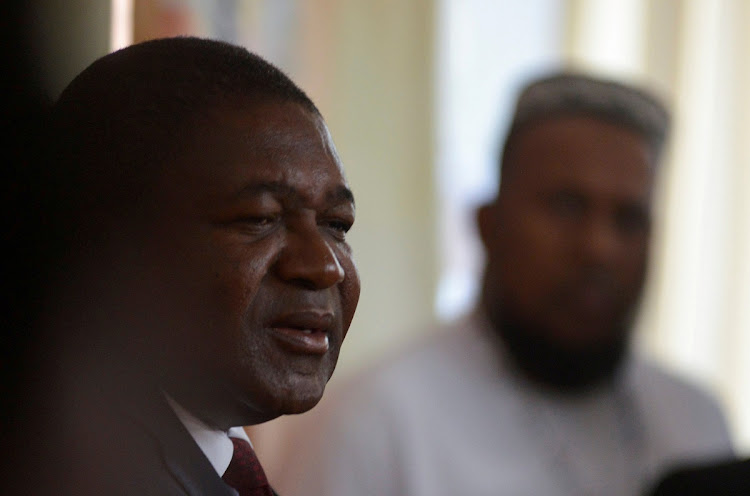 Mozambique has told the international community what support it needs to deal with an Islamic State-linked insurgency, but for reasons of sovereignty it will tackle some aspects of the problem unassisted, its president said on Wednesday.

Filipe Nyusi was speaking two weeks after an attack by insurgents on the coastal town of Palma, near natural gas projects worth tens of billions of dollars that are meant to transform the southern African country's economy.

Southern African bloc SADC is holding meetings on Wednesday and Thursday to consider a regional response to the insurgency, while the US already has a small Army Special Forces team in Mozambique on a training mission.

The government has said dozens died in the latest assault, and aid groups believe tens of thousands were displaced. French energy major Total withdrew all staff from its Afungi site outside Palma when the militants appeared to be approaching, but the army has since said the town is secure.

“We know in which areas we need support and which areas are up to us, Mozambicans, to solve,” Nyusi said in an address broadcast on state TV station TVM that did not specify what issues he would seek international help for.

United Nations teams have received "worrying" reports that Tanzania has rejected over 1,000 people seeking refuge from an Islamic State-claimed ...
News
1 year ago

“Those who arrive from abroad will not replace us, they will support us. This is not about pride, it's about sovereignty.”

Islamic State-linked insurgents have been increasingly active since 2017 in the northern Cabo Delgado province where Palma is located, though it is unclear whether they have a unified aim.

Reuters has not been able to verify accounts about the attack on Palma independently, as most means of communication with the town were cut off after it began.

Nyusi said those who had escaped the violence carried “traumas that will forever mark their lives”.

The country's main opposition party, Renamo, this week urged the government to seek overseas help to fight the militants.

Former colonial power Portugal has said it is ready to send 60 soldiers to Cabo Delgado to help train Mozambican forces but that a bilateral agreement on the mission was still being finalised.

Portuguese opposition lawmakers want their government to persuade Mozambique to accept more international assistance and have requested a parliamentary hearing with the foreign minister.

The mother of Durban construction worker Adrian Nel, who was killed in an attack in Mozambique two weeks ago, has started a crowdfunding campaign for ...
News
1 year ago

'It's a war, not a joke' - Mozambique survivors recount harrowing escapes as army 'secures' Palma

It's been two weeks since the city of Palma in Mozambique was attacked by heavily armed rebel forces. The attacks continued until April 2, leaving ...
News
1 year ago

Local government says a number of 'fighters' were killed.
News
1 year ago