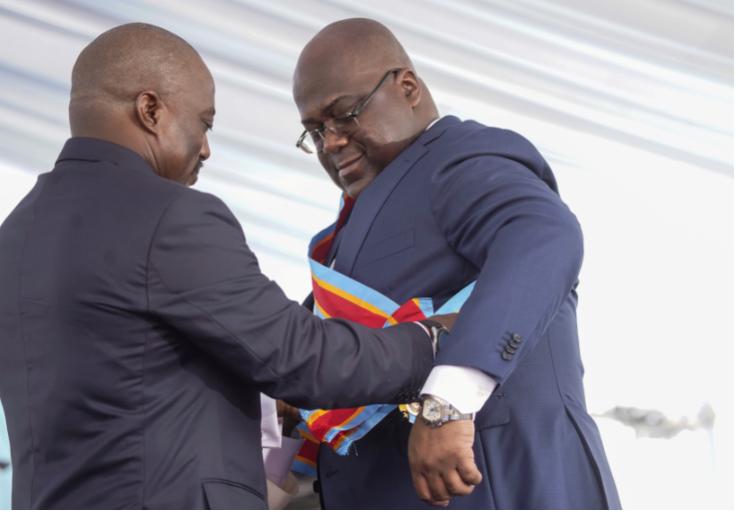 Since announcing the end of their alliance in December, Tshisekedi (R) has succeeded in replacing Kabila's (L) allies at the head of the parliament and senate, as well as the Prime Minister.
Image: REUTERS/Olivia Acland/File Photo

Democratic Republic of Congo's Prime Minister announced a new Cabinet on Monday, completing a government overhaul by President Felix Tshisekedi that strengthens his hold on power.

The new government is a further blow to Tshisekedi's predecessor and former coalition partner, Joseph Kabila, who stepped down in January 2019 but maintained control of some ministries, the legislature, judiciary and security services.

Since announcing the end of their alliance in December, Tshisekedi has succeeded in replacing Kabila's allies at the head of the parliament and senate, as well as the Prime Minister.

More than a quarter of the 56-member Cabinet are under 40 years old, and only 10 have been re-appointed, Lukonde told journalists after the announcement. The presence of many lesser-known figures suggests a desire for control from above, political analysts said.

Katumbi and Bemba remain outside government. They may become challengers when Tshisekedi seeks to renew his mandate in 2023.

"Both will therefore retain a significant level of autonomy and if necessary distance themselves from government policy," said Alexandre Raymakers, senior Africa analyst at Verisk Maplecroft.

"Their allegiance to the president is in many ways circumstantial, and dictated by conditions or a desire to curtail Kabila's influence and power. Not exactly the most solid foundations for a reformist government."

'I know in advance that I will win': Chad's Deby eyes sixth presidential term

Chad's President Idriss Deby, an ally of Western nations in the fight against Islamist militants, is poised to extend his three-decade rule in ...
News
6 months ago

Seeing the people of the Democratic Republic of Congo, his home country, cast their votes in December 2018 was a “blessing” to Michel Matamba, who ...
News
2 years ago