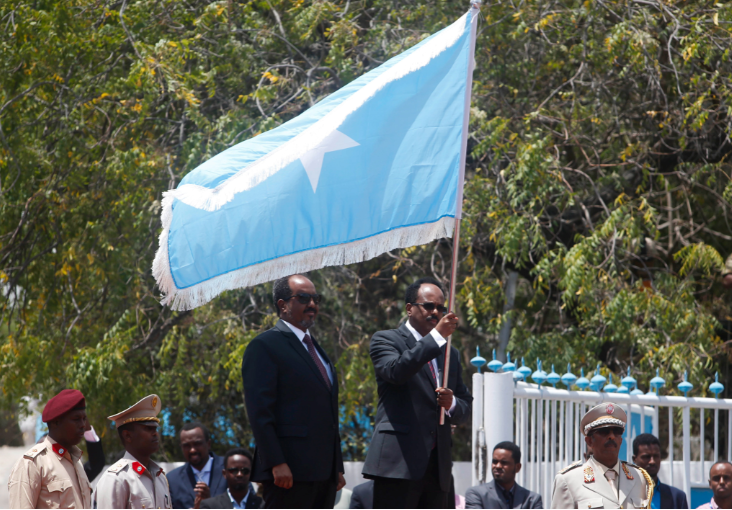 Somalia's lower house of parliament voted on Monday to extend the president's term for another two years to let the country prepare for direct elections, the speaker of the chamber said.

Mohamed Mursal Sheikh said 149 lawmakers voted for the proposal, one rejected it and three abstained.

The move underscores widening divisions over extending the four-year term of President Mohamed Abdullahi Mohamed, who faces growing pressure to quit after his term ended.

It was unclear if the motion still had to pass the senate; Senator Senator Ayub Ismail Yusuf told Reuters the lower house had authority to decide on elections but Senator Ilyas Ali Hassan from the opposition disagreed.

Earlier in the day, Mogadishu's police chief announced he had suspended parliament, saying he was acting unilaterally to prevent lawmakers from extending the president's term, only to be fired moments later by the police commissioner via Facebook.

Parliament was supposed to elect a new president on Feb. 8, but the exercise was delayed because new lawmakers have yet to be picked by elders.

Uganda accused the European Union of meddling on Friday after the bloc's parliament recommended sanctions over a crackdown and arrests of opponents ...
News
2 months ago
Next Article