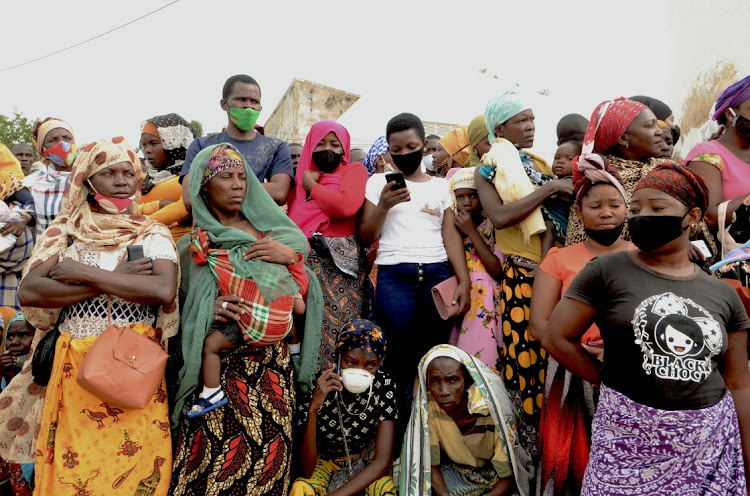 Hundreds of thousands of children have been displaced from their homes in Cabo Delgado, Mozambique. File photo.
Image: REUTERS/EMIDIO JOZINE

Homeless and traumatised — that’s the plight of hundreds of thousands of children in Mozambique’s conflict-torn Cabo Delgado province.

Aid organisation Save the Children, which is working with displaced children in the violence-gripped region, says it is deeply concerned about their fate.

Chance Briggs, Save the Children’s country director in Mozambique, appealed to southern African leaders deciding on possible interventions in the northern province to take the immediate needs and safety of children into account.

“Children are being targeted in this conflict. They are killed, abducted and forced to leave their homes and sense of safety behind. Children must be front and centre of any response in Cabo Delgado,” he said.

Briggs said hundreds of thousands of children and their families — more than one-third of the population in the province — are displaced across Cabo Delgado.

According to the Institute for Security Studies, “the Cabo Delgado crisis has escalated dramatically since the beginning of 2020, with more than 2,500 civilians killed and close to 700,000 people internally displaced”.

EDITORIAL | Too late for neighbours to start caring about Moz now

The province’s town of Palma, adjacent to gas projects worth around $60bn (about R873bn) and a base for foreign companies, was the target of attacks by insurgents that started on March 24.

Briggs said some displaced families are living with relatives and many others are living in temporary camps.

“In too many cases, these children and their families are living in squalid conditions. The children need the basics — food, clean water, shelter and health care — and they also need at minimum some degree of psychosocial support to help them process the horrors they have seen,” he said.

“They also need to be able to go back to school, both to exercise their right to learn and to support some sense of normalcy despite the terror they have experienced.

“With the Mozambique humanitarian response plan only 1% funded, there remains a massive gap of $250m [about R3.64bn] that urgently needs to be filled.

“We urgently call on donor governments to step up their funding commitments to fully fund the humanitarian response in Cabo Delgado and to ensure in particular that child protection needs, including mental health support and family tracing and reunification, are covered.”

Helen Zille said the movement is too busy "looking for microaggressions" rather than confronting all violence against black people.
Politics
1 year ago

A Zimbabwean man who had been missing since March 24 — when Islamist insurgents launched an attack in northern Mozambique — has been found dead.
News
1 year ago

Sadc orders fact-finding mission for Mozambique while mulling next move

Sadc has directed an immediate “fact-finding mission” to assess and investigate further the situation on the ground in Mozambique after attacks by ...
News
1 year ago