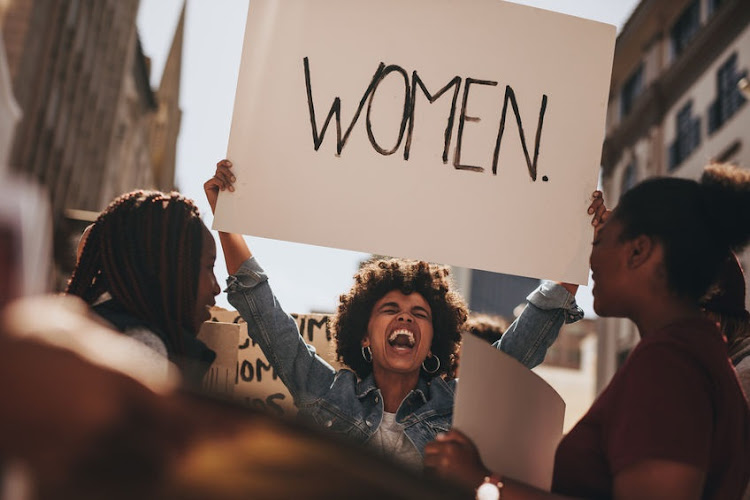 Social taboos about sex and entrenched patriarchy prevented women and girls from having any say, since male relatives tended to have power over women's choices.
Image: 123RF/ ammentorp

Only about half of women and girls in developing countries are able to make decisions over their own bodies such as whether they want to have sex, seek health care and use contraception, a United Nations report said on Wednesday.

From being denied access to contraception or abortion services, made to undergo female genital mutilation (FGM) and virginity tests, or married as children, women and girls are often forced to give up control over their bodies, it said.

“The right to autonomy over our bodies means we must have the power and agency to make choices without fear of violence or having someone else decide for us,” said Natalia Kanem, head of the UN's sexual and reproductive health agency, UNFPA.

Women in Sub-Saharan Africa, South and Central Asia are least likely to have control over their bodies, such as being able to refuse sex with a partner or accessing sexual health care without needing permission from a male relative, UNFPA said.

In places including Mali, Niger and Senegal, only 10% of women had “bodily autonomy”, said the report, which analysed multiple data sets on gender equality, sexual health and access to contraception in 57 countries.

Kanem said social taboos about sex and entrenched patriarchy prevented women and girls from having any say, since male relatives tended to have power over women's choices.

“Gender inequality is the most insidious and pervasive impediment to bodily autonomy. It starts from the cradle,” Kanem, a paediatrician and epidemiologist, told reporters in an online media briefing.

“Gender unequal norms and attitudes lead to power imbalances that restrict women's decision-making ... (driving) the expectation that women and girls will yield to others in all aspects of their lives.”

Kanem added that the coronavirus pandemic had worsened existing inequalities for women and girls.

“What was previously bad is now worse with the Covid-19 pandemic which has resulted in increasing sexual violence, more unintended pregnancies, and new barriers to health access along with job and education losses.”

UNFPA said last April that global lockdowns could lead to a 20% surge in domestic violence as victims remained trapped at home with their abusers.

Researchers also predicted there could be an extra 13 million child marriages and another 2 million cases of FGM in the next decade as the pandemic stymies global efforts to end both practices.

Deepening poverty caused by a global recession could also drive more families to marry off their daughters early, UNFPA said.

Despite such setbacks, a World Bank report in February said 27 countries reformed laws or regulations to give women more economic equality with men in 2019-20.

Mali's failure to outlaw female genital mutilation (FGM) is being challenged in West Africa's highest court by rights groups, who accused the country ...
News
2 months ago

Female-led brands are taking the shame out of self-pleasure

From sex education to sex toys, women are at the forefront of the latest sexual revolution
Lifestyle
2 months ago