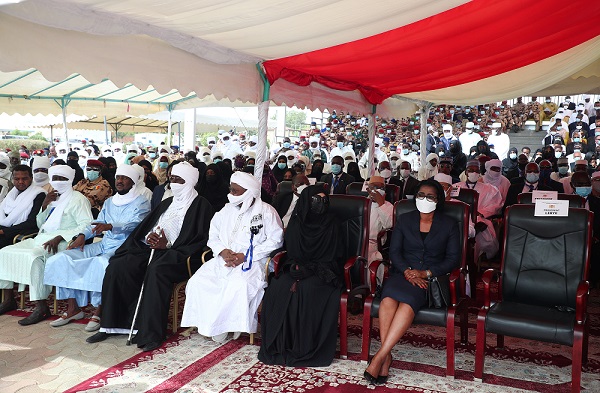 Thousands of people gathered at the main square in Chad’s capital N’Djamena on Friday to pay their respects to late President Idriss Deby, who was killed while leading his troops against a rebel offensive on Monday.

French President Emmanuel Macron, Guinean President Alpha Conde and several other African leaders were expected to attend the funeral, despite rebel warnings they should not attend for security reasons.

Deby ruled Chad for more than 30 years and was one of Africa’s wiliest political survivors, holding on to power despite rebellions that reached his palace gates.

Although criticised by human rights groups for his repressive rule, he established himself as a key military ally of Western powers in the international fight against Islamist militants. 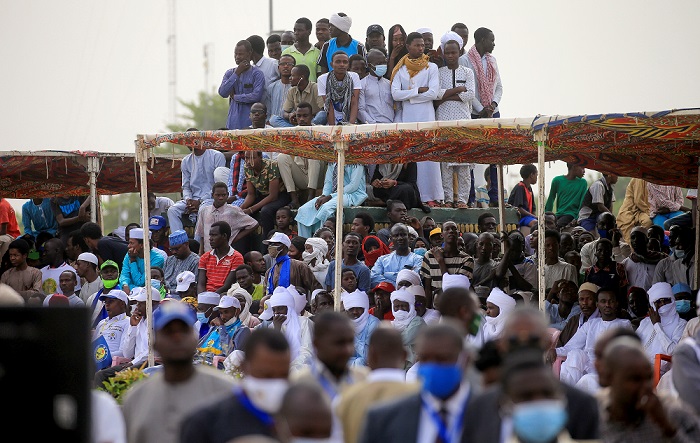 “He liberated our country from dictatorship and gave us the opportunity to participate fully in democracy,” said Emmanuel Gaba, a young resident of the capital.

Deby’s death was announced by the army on Tuesday, a day after election officials said he had won a sixth term in office. Most of the opposition boycotted the vote.

“He protected us for so long that today we have come to wish him eternal rest. A deserved rest,” said Hassan Adoum, who attended the ceremony.

On Thursday a car with mounted speakers drove around N’Djamena telling residents not to panic if they heard cannon fire as Deby would receive a 21-gun salute.

Foreign leaders began to arrive in Chad on Thursday for the funeral of slain president Idriss Deby as France backed the country's new military ...
News
9 months ago

Nigeria has reinforced its border security to avoid a potential influx of Chadians following the death of Chad's leader Idriss Deby, the defence ...
News
9 months ago

The son of Chad's slain leader Idriss Deby took over as president and armed forces commander on Wednesday as rebel forces threatened to march on the ...
News
9 months ago

Libya-based rebels have set their sights on Chad's capital N'Djamena after the battlefield death of President Idriss Deby on Monday.
News
9 months ago