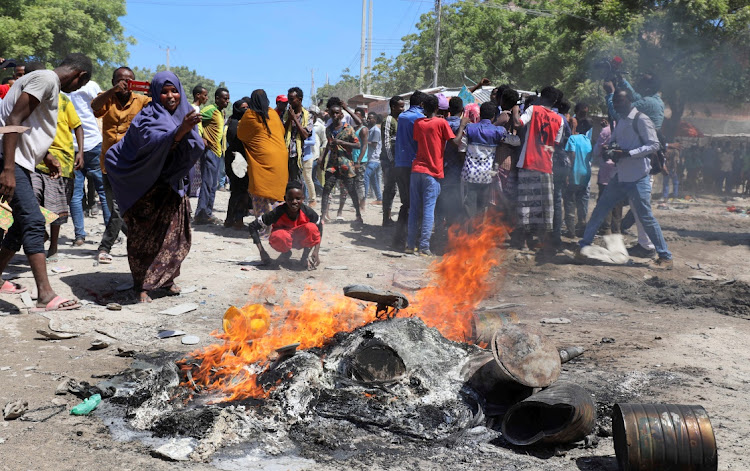 A former Somali leader accused his successor President Mohamed Abdullahi Mohamed of orchestrating an attack by soldiers on his home on Sunday as splits deepened over an extension of the incumbent's term in office.

Former Somali president Hassan Sheikh Mohamud's accusation against Mohamed on Twitter — which did not include details or proof — came as factions within Somalia's security forces exchanged gunfire in the capital Mogadishu.

The flare-up, following Mohamed's signing of a law in mid-April extending his mandate for two years, could distract security forces from their internationally-backed fight against al Qaeda-linked al Shabaab insurgents in the Horn of Africa nation.

“I have already warned (about) and reiterated the dangers of politicising security. Farmajo is responsible for the consequences,” he said, referring to Mohamed by his nickname.

A government spokesperson did not immediately respond to a request for comment on the accusations from Mohamud, who was replaced as head of state by Mohamed in 2017.

But the internal security minister, Hassan Hundubey, denied that the government had raided the former president's home, according to the state-run Somali National News Agency.

Supporters of Somalia's President Mohamed Abdullahi Mohamed and those opposed to the extension of his four-year term clashed on Sunday on the streets ...
News
9 months ago

Hundubey said of Sunday's fighting in Mogadishu that government troops had subdued militia. He did not say who the militia were allied with.

“After efforts of trying to find a solution through negotiations failed, the security forces intervened and concluded the operation against the militia,” Hundubey said in a Facebook broadcast.

As well as triggering opposition in Somalia, Mohamed's term extension has put him on a collision course with foreign donors who support his government in the hope of bringing some stability to Somalia after three decades of chaos.

Gunshots could be heard in Mogadishu throughout Sunday as residents reported clashes between units of the security forces for and against Mohamed. The gunfire, and sounds of heavier weapons thought to be mortars, continued into the evening.

One Reuters journalist saw four vehicles in south Mogadishu carrying forces from the Abgal clan loyal to Saney Abdule, a military commander from the Hirshabelle area of central Somalia.

Abdule had announced he was coming to Mogadishu to denounce the extension of the president's term. Calls and text messages to the government spokesperson about that also went unanswered.

Last week, the Mogadishu police chief announced he was suspending parliament to stop the term extension but was sacked minutes later. Another Somali general has threatened to take over Mogadishu airport to protest the extension.

Somalia, which plunged into civil war in 1991, has been in fresh political crisis since cancelling elections in February.

Another opposition politician also said his house was attacked by soldiers allied with Mohamed on Sunday.

“Farmajo’s forces attacked my house. With me were lawmakers and military officials who had come to break fast and deliberate,” Abdirahman Abdishakur Warsame, chairman of opposition Wadajir party, said on Twitter.

Gunshots rang out late on Friday in Somalia's capital Mogadishu, witnesses said, when government troops approached the home of the city's former ...
News
9 months ago