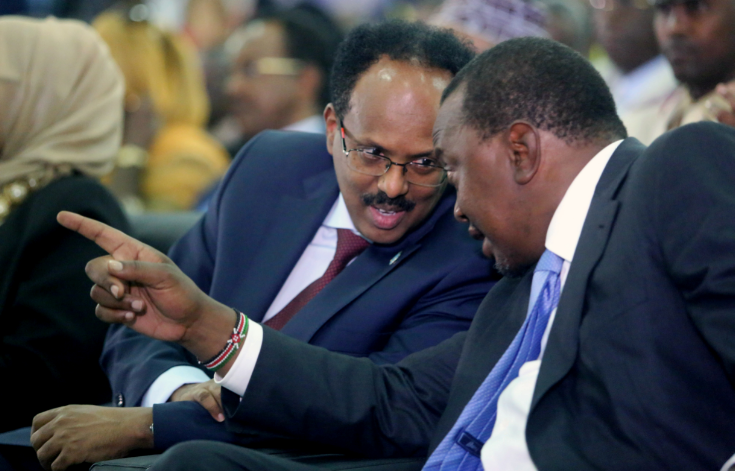 Relations between the countries have also been tense over the ownership of potential oil and gas deposits, some of which lie off the coast of Jubbaland, one of Somalia's five semi-autonomous states.

Kenya's foreign ministry said that it took note of the Somali government's announcement.

The Ministry of Foreign Affairs "looks forward to further normalization of relations by the Somali authorities including with regard to trade, communication, transportation, people-to-people relations and cultural exchanges," it said in a statement. It also acknowledged the support of Qatar in particular in its efforts to normalize relations.

Qatari Foreign Minister Sheikh Mohammed bin Abdulrahman Al-Thani told Reuters that Doha had agreed with the presidents of both countries that they would work on strengthening bilateral relations and bringing them "back on track".

The minister said his special envoy for counterterrorism and mediation of conflict resolution, Mutlaq Al-Qahtani, had visited both countries.

"We believe that normalizing the relationship between the two neighbours is very important for political stability, especially in Somalia which is currently going through political turmoil ... and we look forward to the elections there," he said.

Somalian President Mohamed Abdullahi Mohamed has directed the prime minister to prepare a parliamentary election. A delay led to a political crisis that raised fears al Qaeda-linked al Shabaab insurgents could exploit a security vacuum if state forces turn on each other.

In November, Somalia expelled Kenya's ambassador and recalled its own from Nairobi after accusing Kenya of interfering in the electoral process in Jubbaland.

In February 2019, Kenya recalled its ambassador after Mogadishu decided to auction oil and gas exploration blocks at the centre of their maritime rights dispute. The two countries had revived ties in November the same year.

The two are at present before the World Court to adjudicate the maritime boundary dispute.

Kenya will waive work and business permits for investors from its neighbour Tanzania, President Uhuru Kenyatta said on Wednesday, as his counterpart ...
News
8 months ago

Somali forces who back the opposition have agreed to return to their barracks or posts elsewhere in the country after reaching an agreement with the ...
News
8 months ago