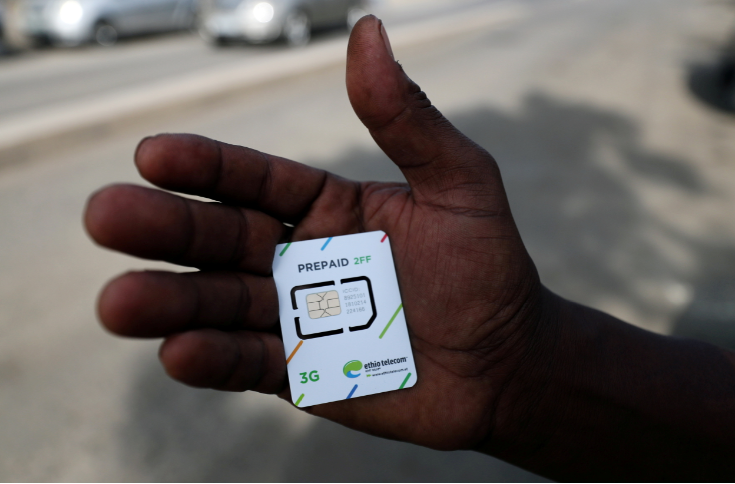 Only Ethio Telecom will be able to offer mobile financial services for now as foreign operators are currently barred by law from participating.
Image: REUTERS/Tiksa Negeri//File Photo

Mobile financial services have become a significant part of African telecom operators' businesses since Kenya's Safaricom pioneered them with M-Pesa in 2007, giving people an alternative to banks.

The new service, telebirr, will mark a shift for Ethiopia, where the banking system is seen as inefficient with 19 commercial banks serving a population of about 115 million.

State-owned Ethio said it would allow users to send and receive money, deposit or take out cash at appointed agents, pay bills to various merchants and receive cash sent from abroad.

The company aims to attract 21 million users for the service in its first year of operations, rising to 33 million in five years, said Chief Executive Frehiwot Tamiru.

About 40% to 50% of Ethiopia's annual economic output will be transacted on the platform in five years, she said.

Its launch comes as the government prepares to sell a 45% stake in Ethio, part of a broader liberalisation including the auctioning of two new full service telecoms licences.

Only Ethio Telecom will be able to offer mobile financial services for now as foreign operators are currently barred by law from participating.

Prime Minister Abiy Ahmed said at a launch ceremony for telebirr that the government had foregone $500 million by denying bidders for the two licences the right to roll out mobile financial services.

"We expect Ethio Telecom to strive in a way to compensate this," he said.

The prime minister said, however, that mobile financial services would be opened up to competition after a year.

He said telebirr would help provide formal financial services to those who do not have access to bank accounts.

It will also enhance security by discouraging criminals who target cash, said Mebratu Kassa, a cashier at the Lucky Cafe and Restaurant in the capital Addis Ababa.

"You sometimes don't know if the note is counterfeited or not," he said.

Apart from the Ethio stake sale, ending one of the world's last closed telecoms markets, the government is looking more broadly to open up Ethiopia's economy.

Shares in sugar factories are also being sold and tentative steps towards opening up the financial sector have been taken.

New radio frequency spectrum had been expected to have been allocated in December, but that has now been delayed
Business
10 months ago