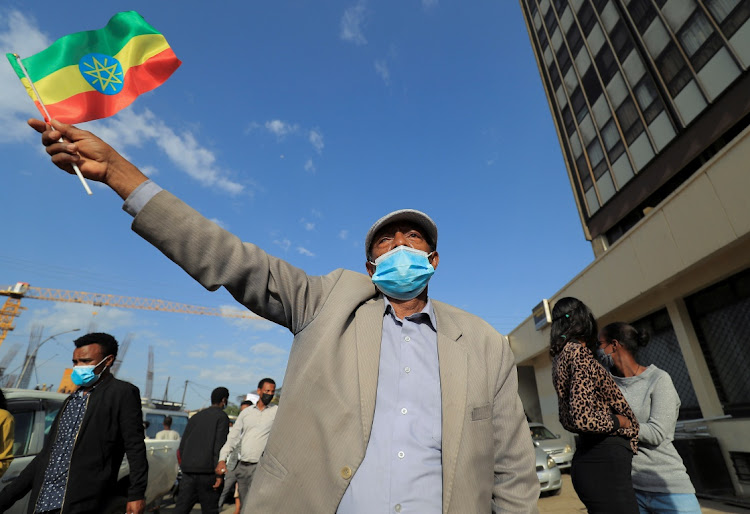 Ethiopia said last week it had put soldiers on trial for killing civilians and rape, although the court records were not yet public.
Image: REUTERS/Tiksa Negeri

President Joe Biden called on Wednesday for the withdrawal of Eritrean and Amhara forces from Ethiopia's Tigray region and said immediate humanitarian access must be granted to avoid widespread famine in the conflict-torn area.

Thousands have been killed and about 2 million people forced from their homes in Tigray after conflict erupted between the Tigray People's Liberation Front and the Ethiopian military last November. Troops from the neighboring region of Amhara and the nation of Eritrea entered the war to support the government.

"Belligerents in the Tigray region should declare and adhere to a ceasefire, and Eritrean and Amhara forces should withdraw," Biden said in a statement.

The president said Ethiopian and Eritrean forces "must allow immediate, unimpeded humanitarian access to the region in order to prevent widespread famine."

The UN Office for the Coordination of Humanitarian Affairs said 91% of the Tigray region's population of nearly 6 million were in need of aid.

UN aid chief Mark Lowcock urged the Security Council and countries on Tuesday "to take any steps possible to prevent a famine from occurring," according to a note seen by Reuters.

"It is clear that people living in the Tigray region are now facing significantly heightened food insecurity as a result of conflict, and that conflict parties are restricting access to food," Lowcock told the 15-member council in the note.

"There is a serious risk of famine if assistance is not scaled up in the next two months,” he said.

Ethiopia said last week it had put soldiers on trial for killing civilians and rape, although the court records were not yet public.

US Special Envoy for the Horn of Africa Jeff Feltman will return to the region next week, Biden said.

Eritrean and Ethiopian soldiers forcibly detained more than 500 young men and women from four camps for displaced people in the town of Shire in the ...
News
1 year ago

Ethiopia accused the United States on Monday of meddling in its affairs after Washington announced restrictions on economic and security assistance ...
News
1 year ago

Ethiopia has postponed parliamentary elections due on June 5, the country's electoral body said on Saturday, adding it did not foresee a delay of ...
News
1 year ago