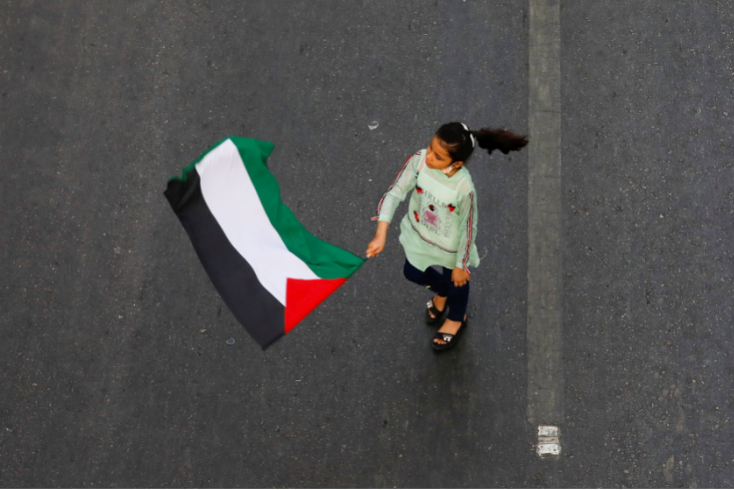 Egypt, which shares a border with Gaza and has security contacts with Hamas, is likely to have a role in channelling aid, a senior US State Department official said earlier.
Image: REUTERS/Akhtar Soomro

Egypt and the United States said they would work together to reinforce a ceasefire between Israel and Palestinian militants as US Secretary of State Antony Blinken visited Cairo and Amman on Wednesday on a regional tour.

Egypt has longstanding relations with both sides in the conflict and played a key role in brokering the ceasefire after 11 days of violence, in coordination with the United States.

"We've had in Egypt a real and effective partner in dealing with the violence, bringing it to a close, relatively quickly," Blinken said in Cairo after meeting with President Abdel Fattah al-Sisi, Foreign Minister Sameh Shoukry and intelligence chief Abbas Kamel.

The United States and Egypt were now "working closely together build something positive", he said. Egypt, Blinken said, is vital to shared aspirations for Palestinians and Israelis to "live in safety and security to enjoy equal measures of freedom, opportunity and dignity".

Egyptian mediation in the conflict has raised questions whether Cairo might now feel under less US pressure over its crackdown on political dissent that has steadily intensified in recent years.

Asked about the matter at a press conference later in the Jordanian capital Amman, Blinken said he had a "lengthy discussion" with Sisi on Cairo's human rights record and the issue of detained American citizens.

"I think the fact that we had a lengthy exchange on that with President Sisi is a reflection of the fact that it remains very much on the agenda with Egypt," Blinken said.

Sisi, who ousted the Muslim Brotherhood from power in 2013, has said there are no political prisoners in Egypt and that stability and security are paramount.

Blinken said he also discussed with Sisi Egypt's water needs and the importance of finding a diplomatic solution to the giant Grand Ethiopian Renaissance Dam. Egypt regards the dam as a potentially existential threat as the largely arid country relies on the Nile for as much as 90% of its fresh water.

Secretary of State Antony Blinken pledged on a Middle East mission on Tuesday that Washington would provide new aid to help rebuild Gaza as part of ...
News
1 year ago

Blinken arrived in Egypt after stops in Jerusalem and Ramallah on Tuesday, when he pledged that the United States would provide new aid to help rebuild the Gaza Strip, including $5.5 million in disaster relief and nearly $33 million for the UN Palestinian aid agency there, after hundreds of devastating Israeli air strikes.

Speaking in Amman, he said Washington intended to ensure that the Palestinian Islamist group Hamas, which rules Gaza and is listed by Washington as a terrorist organisation, did not benefit from humanitarian aid.

"In the coming days I'll be consulting broadly with Gulf countries and other partners to ensure we all contribute to recovery, stability and the reduction of tensions," he said.

Yehya Al-Sinwar, the Hamas chief in Gaza, said the group welcomed Arab and international efforts to rebuild the enclave.

"We have satisfactory sources of money for Hamas and Qassam. A major part of it from Iran and part in donations from Arabs, Muslims and liberals of the world who are sympathetic to our people and their rights," he added.

Egypt, which shares a border with Gaza and has security contacts with Hamas, is likely to have a role in channelling aid, a senior US State Department official said earlier.

During the fighting, Egypt opened the Rafah border crossing between Gaza and its Sinai Peninsula in order to provide medical aid and evacuate the wounded.

It also sent a security delegation to Israel and Gaza to help bolster the ceasefire after it took effect on Friday.

Read and weep, but it’s not the end for bombed Gaza bookshop

His bookshop in ruins after Israeli air strikes, Gazan Shaban Esleem hopes to rebuild with crowd-funding help
World
1 year ago

Jordan's King Abdullah stressed on Sunday the importance of translating the Gaza ceasefire into an extended truce, and said there is no alternative ...
News
1 year ago

A Palestinian stabbed and wounded two Israelis, one of them a soldier, on Monday near a flashpoint area of East Jerusalem that has been the focus of ...
News
1 year ago