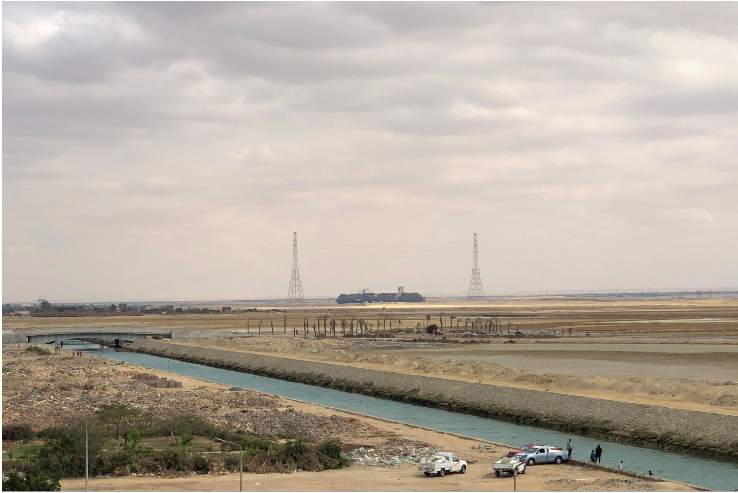 During the incident, some ships were diverted through a second lane created during an expansion of part of the canal completed in 2015, according to an SCA statement.
Image: REUTERS/Ahmed Fahmy

A container ship broke down in the Suez Canal on Friday but was refloated and repaired with no impact on traffic in the waterway, the Suez Canal Authority (SCA) said.

The 353-metre (1,158-foot) Maersk Emerald experienced sudden engine failure near Ismailia during its passage southwards through the canal but was refloated by tugs and went to a waiting area for technical checks, the SCA and canal sources said.

During the incident, some ships were diverted through a second lane created during an expansion of part of the canal completed in 2015, according to an SCA statement.

Shipping firm Leth Agencies also reported that traffic in the canal was normal after the Maersk Emerald had been refloated.

Another container ship, the Ever Given, was grounded for six days in March across the southernmost section of the canal, blocking traffic in both directions and disrupting global trade.

The container ship that got stuck in the Suez Canal in March was struggling to steer because of its high speed and the size of its rudder, and could ...
News
1 year ago

Court allows Suez Canal to keep holding Ever Given - lawyers

An Egyptian court on Sunday rejected a complaint by the Japanese owner of a container ship that blocked traffic in the Suez Canal for six days in ...
News
1 year ago

The Suez Canal Authority (SCA) has started dredging work to extend a second lane that allows for two-way traffic in a southern section of the canal ...
News
1 year ago