Cecilia Lapani, from Likhomo Village in Chiradzulu district, south of Malawi, sitting in front of her new home with her daughter Lydia. Having social support has helped this mother of seven, who is HIV-positive, to better adhere to treatment.
Image: Sipokazi Fokazi

Three years ago Cecilia Lapani, 42, who is HIV-positive, was bedridden and ready to die. Not only did the mother of seven from Likhomo Village in Chiradzulu district in southern Malawi have to battle meningitis, but she had no decent home to accommodate her large family nor any food to feed them.

Having to juggle her own health problems, including an uncontrollable viral load and malnutrition, with caring for her husband Bizwick Lapani and their youngest child, Lydia, 5, who both have advanced HIV infection, left the unemployed mother feeling overwhelmed emotionally.

“I had lost all hope. In fact I had no reason to live as I was very sick and had other stressors around me. Having no decent shelter of my own and no food made us a laughing stock in the village. We could barely fit in our small mud hut and had to endure all the harsh elements as our thatched roof was giving in,” she told TimesLIVE.

“Because we didn’t even have a door to close at night, animals such as goats also walked in to sleep inside. Dogs would also come in and eat the little food that we received from donors.

“Our dire living conditions left me with a lot of stress ... It was hard even to adhere to my treatment and I often forgot to give my child her treatment,” she said.

Fast-forward to 2021, the Lapanis now have a four-roomed brick home that can comfortably accommodate their large family.

Her viral load and that of her husband have also dropped from more than 1,000 copies/ml to less than 40 (suppressed stage) — thanks to an HIV/TB project, which is run by Medécins Sans Frontières (Doctors Without Borders) in Chiradzulu district, which among other things provides social support to people with advanced HIV.

Early this year the Lapani family moved to the brand new house adjacent to their mud house after the NGO built the house to safeguard their possessions and improve their living conditions.

We'd be thrilled if HIV and TB got this much attention, says Sisonke trial leader

Prof Linda-Gail Bekker, co-lead investigator on the Sisonke trial, has cautioned that we drop the ball on HIV and tuberculosis at our peril as we ...
News
5 months ago

Dr Tario Tizifa-Mwafulirwa, who is in charge of HIV services in Chiradzulu district, says even though the majority of HIV-positive people in Malawi are already on treatment, many such as the Lapani family still struggle with daily treatment and are resistant to their medication for various reasons, including defaulting on treatment.

Almost 30% of HIV patients seek care when they are already in advanced stages of HIV, increasing the risk of opportunistic infections and mortality. To turn things around, MSF has decentralised outpatient clinics and patients are monitored closely and offered counselling and inpatient care.

“The programme focuses on those patients with a CD4 count of less than 200. Often these patients get opportunistic infections such as pneumococcal infections, including meningitis and tuberculosis. Because we have technological support and expertise to care for them, the idea is to get them stable first by improving their CD4 count, suppress their viral load and ensure that they are coping mentally for at least six months before we transfer them back into the ministry of health.”

“We don’t just treat them, but we counsel them and those that are struggling with mental health get referred to mental health specialists, who support them until they become stable before they are transferred,” said Tizifa-Mwafulirwa. 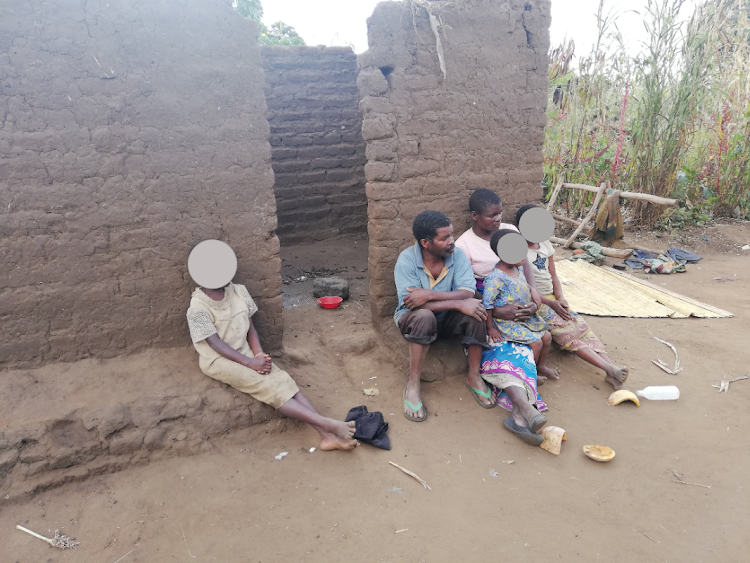 Cecilia Lapani, her husband Bizwick Lapani and three of their children sit in front of their old hut, which caused them stress that translated into less effective HIV treatment.
Image: Sipokazi Fokazi

With more than 10% of people aged between 15 to 64 living with HIV, Malawi’s HIV prevalence is one of the highest in the world after SA, which has a prevalence rate of about 13% among the general population and a 19% prevalence rate among adults aged 15- 49.  About 300,000 people live in Chiradzulu district. It is estimated that 25% of the adult population in this district is HIV-positive.

More than 2,500 people are in stage 4 of the disease and are in urgent need of antiretroviral therapy. It is in this district that MSF focuses on complex HIV cases, including those on second- and third-line antiretroviral therapy (ART), those with opportunistic infections or those facing treatment failure.

Since 2018 MSF has been providing care to more than 5,000 patients in Chiradzulu, of whom half are children.

MSF social worker Tamika Munyenyembe said many women such as Cecilia are often overburdened by HIV-related stressors as they have to care for the whole family. “The mother (Cecilia) has been under so much duress that her HIV treatment started to fail. Because she has a lot to deal with she often forgets to give her child the medication, resulting in the child consistently having a high viral load.”

She said the building of the family house, providing the family with monthly supplies of food and transport money for their clinic visits, is part of reducing these stressors to improve their health.

“We know that there is a link between social support and clinical outcomes. If you give patients support, even clinically, they improve, and that is what we are starting to see with this family.”

Improving the family's circumstances “has clearly translated into better health outcomes for this family, as both the husband and wife are virally suppressed. And that is what we want to see for every patient in our programme,” said Munyenyembe. 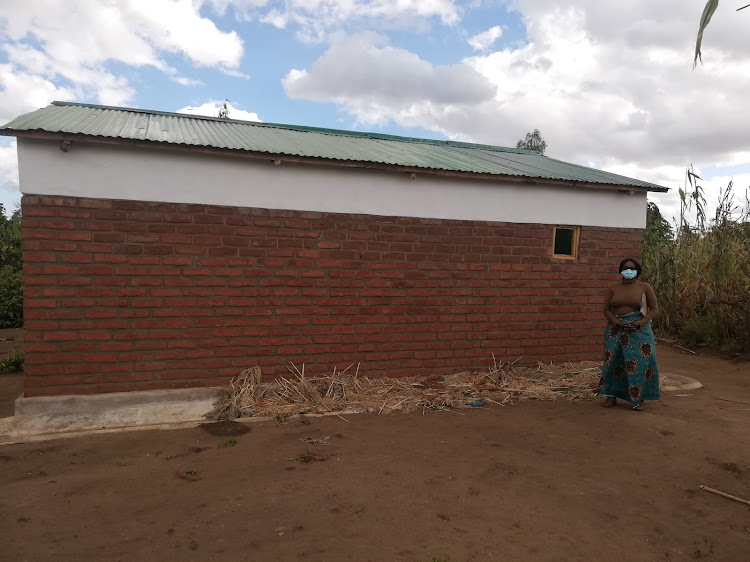 MSF social worker Tamika Munyenyembe (pictured here) says many women are often overburdened by HIV-related stressors as they have to care for the whole family.
Image: Sipokazi Fokazi

Rose Tembo, a patient support and activity supervisor said various factors, including migration to countries with better job prospects such as SA and Mozambique, religious beliefs and living away from healthcare centres contribute greatly to HIV treatment failures.

“Stigma still plays a huge role in HIV failures. Some of the HIV patients that live outside the country either don’t take treatment while in those countries, or when they come back to Malawi they don’t continue with treatment for the fear of being stigmatised.

In less than three minutes, women can find out if they are in danger of cervical cancer
Opinion & Analysis
5 months ago

Lessons learnt from HIV became the mainstay of our Covid-19 response: Mmamoloko Kubayi-Ngubane