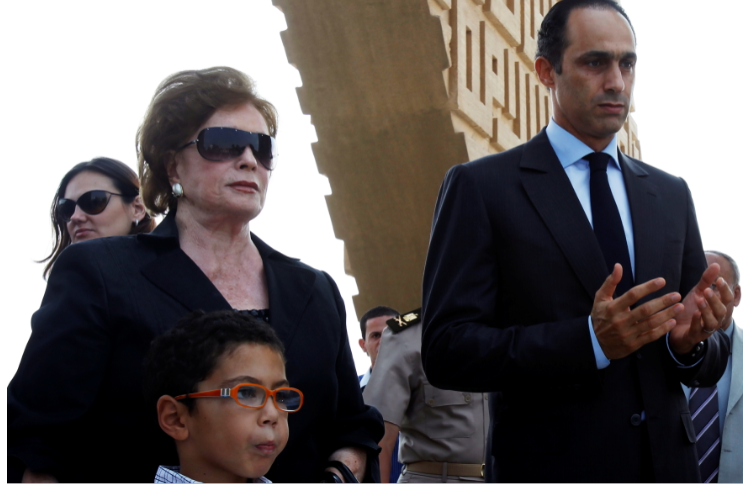 Jehan Sadat, the widow of late Egyptian president Anwar Sadat, has died at age 88, the presidency said on Friday.

Sadat, who spent a decade as the country's first lady, was born in 1933, and had four children following her marriage to Anwar Sadat in 1949.

Following her husband's assassination in 1981, Sadat went on to teach as well as write, having earned a doctorate in comparative literature from Cairo University.

"She presented an example for the Egyptian woman in supporting her husband during the most difficult and delicate circumstances," the presidency said in a statement, referring to the October War with Israel in 1973.

The statement added that Sadat would be posthumously awarded a national medal and have a Cairo highway named after her.

Anwar Sadat participated in the 1952 revolution that overthrew Egypt's monarchy, and became president in 1970 following the death of Gamal Abdel Nasser.

As first lady, Jehan Sadat took an interest in veterans and those lost in Egypt's wars, setting up a rehabilitation charity as well as heading Egypt's Red Crescent Society.

She has been credited in state media with influencing the change of key laws to improve women's rights, and represented Egypt often in international conferences.

Sadat, who had been in poor health, was laid to rest on Friday in a military funeral attended by Egypt's current leader President Abdel Fattah al-Sisi, beside her late husband at Egypt's Unknown Soldier memorial constructed near the site of his assassination.

Former Philippine President Benigno Aquino, the son of two of the Southeast Asian country's democracy icons, died in a Manila hospital on Thursday of ...
News
5 months ago

The leader of Mali's Tuareg-led rebel alliance has died from gunshot wounds sustained in an attack by unidentified gunmen outside his home on ...
News
7 months ago