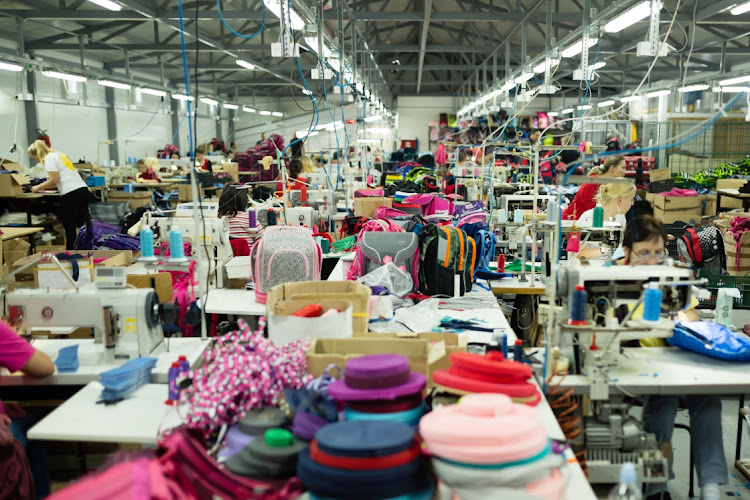 Tunisian garment factories, which mainly supply European fashion brands, have been hard-hit by the Covid-19 pandemic — with thousands of job losses and a rise in complaints about labour rights violations in the sector, union leaders said.
Image: 123RF.COM/ File photo

Racking up debts and running out of options, Tunisian seamstress Najeh is pinning her hopes on her employer's promise to pay four months of overdue wages in August.

The 44-year-old, who declined to give her last name for fear of reprisals, is the main breadwinner in her household and has been commuting every day to her garment factory job of 22 years despite receiving no wages since March.

Tunisian garment factories, which mainly supply European fashion brands, have been hard-hit by the Covid-19 pandemic — with thousands of job losses and a rise in complaints about labour rights violations in the sector, union leaders said.

“How is there no money? We are working. The exports are going out as they always do,” Najeh, who sews cuffs onto shirts at the Fada factory in the northeastern town of Menzel Temime, told the Thomson Reuters Foundation during her lunch break.

Exports have recovered from a drop in shipments to key European markets, but some 4,500 textile and garment workers lost their jobs in the year ending February 2021, according to the Tunisian Federation for Textiles and Garments (FTTH).

Others, like Najeh, have gone months without pay during the pandemic.

Despite the Fada factory owner's pledge to pay overdue salaries next month, Najeh said she did not feel reassured about receiving the money she is owed from her monthly wage of 530 Tunisian dinars ($192), and worries about the plant's future.

Najeh said the factory makes shirts for Italian brands including the Renato Balestra group, Lancetti and Il Granchio — none of which immediately replied to a request for comment.

In the meantime, Najeh is juggling debts to her local shop, her son's tutor and the bus driver who takes her to work each day.

Three other Fada workers said they had been evicted from their homes, unable to pay the rent, because of the wage freeze.

The garment and textile industry is the North African country's No. 2 export earner, official data shows, and contributed 2.1 billion euros to the economy in 2020, according to the FTTH industry group.

More than 150,000 Tunisians work in the industry, mostly women, and the pandemic has shone a light on widespread labour abuses, said Mounir Hassine, regional director of the Tunisian Forum for Social and Economic Rights (FTDES), an NGO.

“Covid-19 has accelerated things, but all of this is related to structural problems in the sector,” he said.

Only about one in 10 workers belong to a trade union, and while four years of work earns an employee a permanent contract guaranteeing improved conditions such as severance pay, workers said employers often find ways to skirt the rule.

Hassine said employees are rarely compensated if factories close down because companies seek to offload any property that could be requisitioned after they declare bankruptcy.

During the pandemic, he said there had been a rise in complaints over nonpayment of severance pay and regular wages.

Withholding payment without reason or notice from workers is illegal under article 21 of the Tunisian Labour Code, said Mounir Jendoubi, a representative from the Tunisian labour union UGTT in Nabeul.

About 80% of Tunisia's textile and clothing plants produce exclusively for Europe, meaning they were badly affected when exports to the European Union plunged 15% in 2020 from a year earlier.

In Italy, a leading buyer, fashion stores closed for four-and-a-half months last year due to lockdowns and sales dropped by more than a third, according to the Italian fashion industry federation Confcommercio.

“The companies have been suffering for more than a year, look at the average level of consumption in Europe — businesses are not developing, they are just trying to survive,” said Hosni Boufaden, president of the FTTH.

He said manufacturers had continued to pay workers during the first lockdown last year despite the export slump and factory closures, compensating by reducing annual paid leave allowances.

'A day off work means a day with no income': DA MP calls for weekend vaccinations for business owners

Rolling out the vaccination programmes to weekends, said Geordin Hill-Lewis, would also help speed up the inoculation process.
Politics
1 year ago

Such efforts were acknowledged by Ahmed Chahloul, national coordinator for the International Labour Organization's “SCORE TUNISIA” project, which works with the Tunisian government.

“I have seen more solidarity than confrontation,” he said, citing employers who had continued to pay salaries when activity stopped and employees who accepted reduced working hours or lower wages.

But he added that there had been “a migration to precariousness” since COVID-19 emerged.

As the pandemic further squeezes wages that average 450 dinars ($163) a month, some workers are organising between themselves to fight for their rights.

In Menzel Tamime, Fada workers elected a four-person committee in April to organise protests and co-ordinate with the national union, the UGTT, and to negotiate with their employer.

Negotiations were initially impossible but after more than 150 employees protested in June in front of the governor's office in Nabeul, the region's main city, they secured a meeting with the labour inspectorate and Fada's lawyer.

During the talks, the factory said the salaries due since March would be paid in August.

“If this doesn't work, we're afraid we'll have to resort to going to court,” Najeh said, adding that the employer had refused to pay them for a 2 month furlough period last year.

For now, all they can do is hope.

“There are people who have worked here for 25 years,” Najeh said. “This was a tiny factory when we started, it was us that made it bigger and made it successful.”

What if I have run out of sick leave and I get Covid-19?

An employee who presents with Covid-19 related symptoms must be excluded from the workplace and is entitled to paid sick leave.
News
1 year ago