Measles can be a killer disease of unvaccinated children 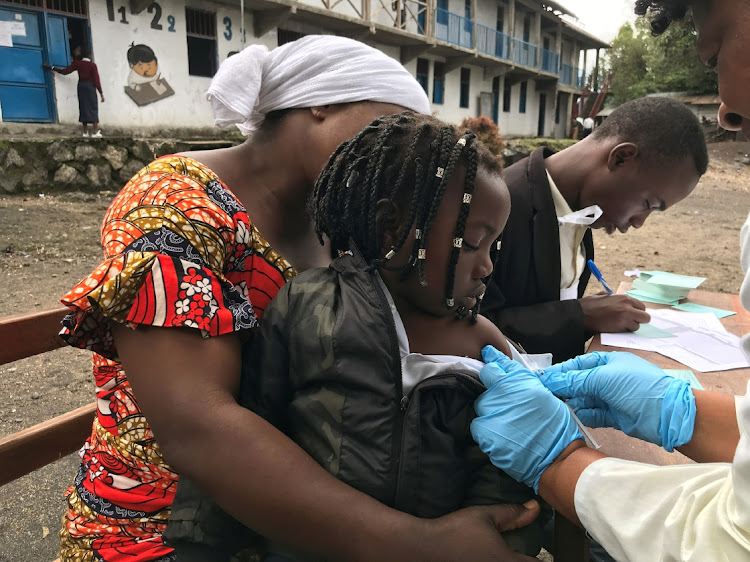 Nearly 23 million children missed out on routine vaccinations last year due to the Covid-19 pandemic, the highest number in more than a decade, fuelling outbreaks of measles, polio and other preventable diseases, UN agencies said on Thursday.

Measles, one of the world's most contagious diseases, can be fatal to children under the age of five, especially in African and Asian countries with weak health systems, according to the World Health Organisation. Polio can cripple a child for life.

The gap in global vaccination coverage has set up a “perfect storm”, leaving more children vulnerable to infectious pathogens just as many countries ease Covid-19 restrictions, the WHO and UN Children's Fund said in an annual report.

Ten countries, led by India and Nigeria, account for the bulk of the 22.7 million children left unvaccinated or under-vaccinated against diphtheria, tetanus, and pertussis (DTP) in 2020 — 3.7 million more than in 2019 and the most since 2009, it said regarding a key indicator of childhood vaccination rates.

“Large and disruptive” outbreaks of measles have been recorded in hotspots including Afghanistan, Mali, Somalia and Yemen, the report added.

Some 22.3 million children missed their first dose of measles vaccine last year — though there was probably substantial overlap with those lacking DTP coverage — for the lowest coverage against the killer disease since 2010, it said.

“The Covid-19 pandemic has led to major backsliding on childhood vaccination, taking us back more than a decade,” Kate O'Brien, WHO director of immunisation, told a news briefing.

There has been an “alarming increase” in “zero dose” children — those missing out on any vaccination — which rose to 17.1 million last year from 13.6 million, said Ephrem Lemango, Unicef chief of immunisation. Many live in war-torn countries or slums, he said.

Sixty-six countries postponed at least one immunisation campaign against preventable diseases, though some including Mexico have begun catch-up programmes, the report said.

“In 2021 we have potentially a perfect storm about to happen and we don't want to get to that perfect storm to be ringing the alarm bell. We are ringing it now,” O'Brien said.

The WHO has urged countries not to lift public health and social distancing measures prematurely as they begin to emerge from the pandemic, she said.

A critical medicines shortage in KwaZulu-Natal is inevitable, given that scores of pharmacies have been totally looted and a pharmaceutical ...
News
1 year ago

The KwaZulu-Natal health department is submitting a formal request for soldiers to guard hospitals, clinics and ambulances, health MEC Nomagugu ...
News
1 year ago

Independent pharmacies have been looted and destroyed, with millions of rands of much-needed medication lost and destroyed.
News
1 year ago