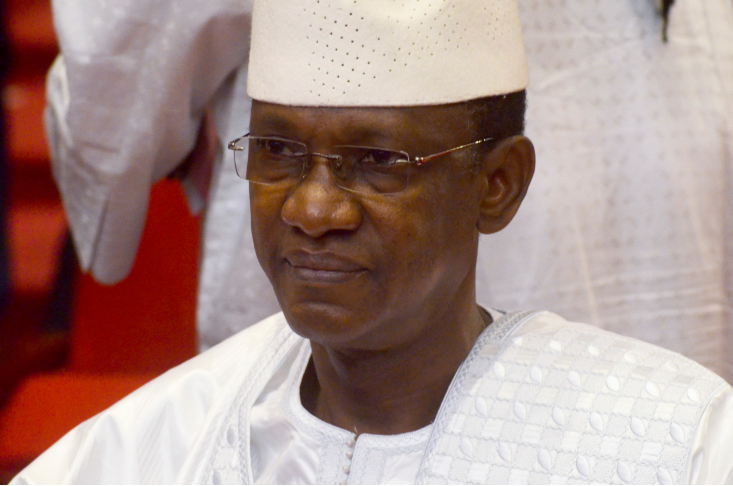 The transitional government said in April it would hold a referendum on Oct. 31, council elections on Dec. 26, and legislative and presidential elections on Feb. 27.
Image: REUTERS/Amadou Keita

Mali's transitional government is conscious of its commitment to a fixed deadline for arranging elections to restore democracy after last year's coup, Prime Minister Choguel Maiga said on Friday.

Since a junta toppled President Ibrahim Boubacar Keita in August 2020, political factions in Mali and foreign partners have been watching to see if the military-led interim authorities will stick to a promise to hold elections within 18 months.

"In respect of the fixed timeline for the transition and our international commitments, the single election management body will follow a simple implementation process," he said without confirming any election dates.

"These elections will be the barometer of the success of the transition," he said.

The path to legislative and presidential elections in February 2022 has already been complicated by a second coup in May, when a leader in the first coup - Colonel Assimi Goita - ousted transitional leader Bah Ndaw to become interim president.

Regional bloc, the Economic Community of West African States (ECOWAS) and the African Union have suspended Mali from their organisations, but declined to impose further sanctions while repeatedly urging the authorities to hold the votes on schedule.

The transitional government said in April it would hold a referendum on Oct. 31, council elections on Dec. 26, and legislative and presidential elections on Feb. 27.

There are concerns key reforms and electoral processes may not be implemented in time, which could require an extension of the transitional authorities' powers.

A man accused of attempting to stab Mali's interim President Assimi Goita last week has died in hospital while in the custody of security services, ...
News
1 year ago

Mali's interim President Assimi Goita, a special forces colonel who orchestrated two coups in the last year, said he escaped unharmed after an ...
News
1 year ago

Mali's interim President Assimi Goita was the target of an attempted stabbing attack during Eid al-Adha prayers at Bamako's Grand Mosque, the West ...
News
1 year ago