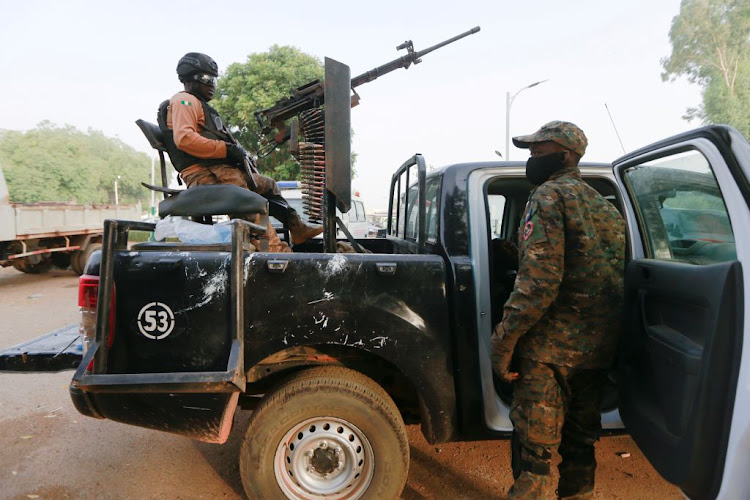 The federal government has said it is winning the war against banditry, but security agencies have struggled to contain the violence.
Image: REUTERS/Afolabi Sotunde

Four states in northwestern Nigeria have implemented limits on fuel sales, weekly markets and movements via motorbikes in an effort to curb banditry.

Katsina, Niger, Zamfara and Kaduna have each put in place restrictions this week, such as bans on fuel sales in jerry cans and transporting firewood across the state, to stop armed gangs who frequently travel by motorbike, camp out in forests and who have kidnapped hundreds of people in recent months.

"Government has condemned in strong terms the degree of carnage and mayhem bandits and kidnappers are causing to some parts of the state and reiterated its continued determination to rid the State of any security threat," Ahmed I. Matane, secretary to the Niger state government, said in a statement on Tuesday.

More than 1,000 students have been taken from schools across the northwest in an epidemic of kidnapping since December, while roads, private homes and even hospitals have become targets for armed robbery and kidnapping.

The federal government has said it is winning the war against banditry, but security agencies have struggled to contain the violence. Last week, gunmen killed two Nigerian military personnel and abducted another in an attack on an army training college in Kaduna state.

After armed men snatched seven of Abubakar Adam's 11 children in northwestern Nigeria, he sold his car and a parcel of land and cleaned out his ...
News
11 months ago

One abducted girl from the Nigerian town of Chibok has been freed and reunited with her parents seven years after Boko Haram militants kidnapped her ...
News
1 year ago