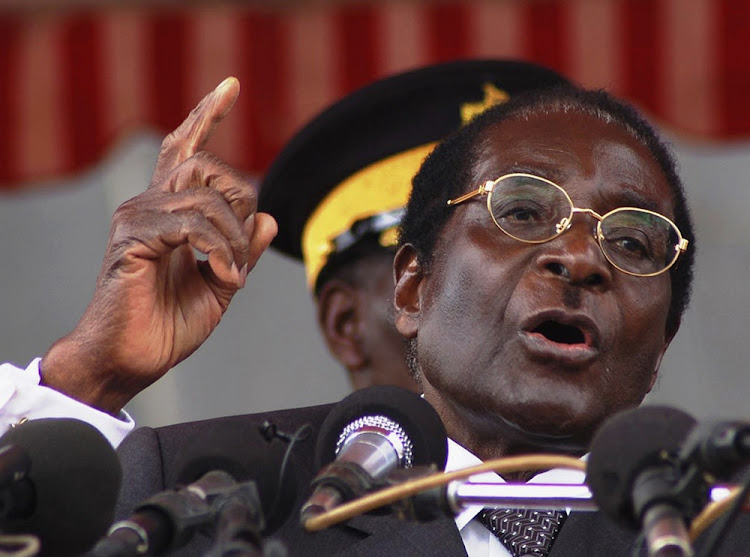 A traditional court in Zimbabwe ruled that the body of former president Robert Mugabe must be exhumed and reburied at Heroes Acre.
Image: Philimon Bulawayo/Reuters

Careful planning and engineering to drill 1.83m into the concrete-filled, iron and steel protected grave of the late Robert Mugabe is what it will take to fulfil a court ruling arrived at on Friday in the Chinhoyi magistrate's court in Zimbabwe.

Regional magistrate Ruth Moyo threw out a court challenge by the late Mugabe’s children, Bona, Bellarmine and Tinotenda Mugabe. The trio argued that Chief Zvimba acted outside his jurisdiction when his traditional court presided over the burial issue of their father.

The magistrate, in her judgment, said the children have no say in the matter because it directly involved their mother. But Grace Mugabe, the late statesman's wife, has been out of Zimbabwe for well over a year now. Family sources say she’s in Singapore, where she sought medical treatment and never returned.

Zvimba’s court in May this year ruled that Robert Mugabe’s remains must be exhumed and reburied at the National Heroes Acre because his widow, Grace, broke local customs by interring him at his rural home. The chief also fined Grace fined five cows and a goat in absentia.

But the family rejected the ruling made by Zvimba, and approached the magistrate’s court.

Mugabe died two years ago this month, aged 95. His burial came just over a month after his death, after a protracted dispute between government and the Mugabe family, led by Grace, about where he should be buried.

The government wanted Mugabe buried at the National Heroes Acre, where he began a culture of honouring heroes of the war to gain independence from Rhodesia. However, because of bad blood between him and the government of his successor, President Emmerson Mnangagwa, which removed him from power with the help of the military, Mugabe’s dying wish was not to be buried by his “tormentors”.

Because of Zvimba calling for the exhumation and reburial of Mugabe, the family is at loggerheads with all traditional leaders in Zvimba village.

Zimbabwe's former president Robert Mugabe was buried in a tamper-proof casket because he feared that people would "use my body", according to his ...
News
2 years ago

Speaking at the burial of Chief Beperere, a member of the Mugabe family, Dominic Matibiri, was quoted by Voice of America as saying that he wouldn't mourn the chief, who died of Covid-19 last week due to him “taking part in the exhumation calls”.

“Chief Beperere was Mugabe's chief and should have presided over the matter, but decided to trick us by taking the matter to Chief Zvimba ... This is a great anomaly,” Matibiri was quoted as saying.

Mugabe died an MDC Alliance supporter having publicly endorsed Nelson Chamisa and voted for him in the disputed July 2018 general elections.

A chief in Zimbabwe has ordered the exhumation and reburial of Robert Mugabe's remains at the national heroes' shrine in Harare after accusing the ...
News
4 months ago

A biography of Zimbabwe president Emmerson Mnangagwa released on Thursday sold copies worth US$755,700 (about R11m) on the day of release, the ...
News
2 months ago

A villager argues that Grace Mugabe should be censured for burying her husband at the centre of a homestead, which is a taboo in their tradition.
News
5 months ago