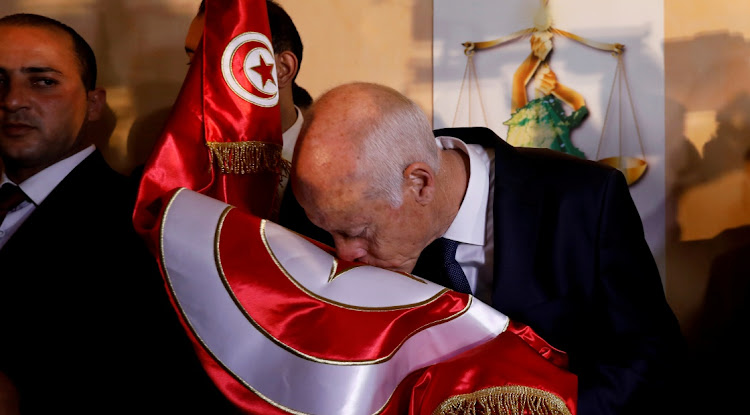 Tunisian President Kais Saied plans to suspend the constitution and may amend the political system via a referendum, one of his advisers told Reuters on Thursday in the first clear indication of his plans after moves his critics have called a coup.

More than six weeks after Saied seized governing powers, dismissed the prime minister and suspended parliament on July 25, he has still not appointed a new government or made any broader declaration of his long-term intentions.

He added that this was the president's plan, which was at the final stage and was expected to be formally unveiled soon, but he did not expand on what changes Saied was contemplating.

Saied's intervention has thrust Tunisia into a constitutional crisis, raising concerns over the future of the democratic system it adopted after the 2011 revolution that led to the Arab Spring.

Saied has been widely expected to move to a presidential system of government that would reduce the role of the parliament, something that has been frequently discussed during years of gridlock since the 2014 constitution was agreed.

He has defended his moves as necessary and said they were in line with the constitution, promised to respect Tunisians' rights and said he will not become a dictator.

However, arrests of parliament members after Saied lifted their immunity and numerous travel bans against prominent people have alarmed some rights advocates.

As Tunisians take a battering, ram fighting is their escape

Amid lack of jobs, high prices and deteriorating state services, ‘this lets us get away from our cares’, says ram owner
Opinion & Analysis
3 months ago

Both domestic and international forces have pushed for Saied to appoint a government and show how he means to exit the constitutional crisis caused by his intervention.

The head of Tunisia's human rights league was quoted in a Tunisian newspaper on Thursday as saying that Saied had informed him that a new government would be appointed this week.

Tunisia faces grave economic problems and a looming threat to public finances, and had just started talks with the International Monetary Fund for a new loan programme when Saied ousted the prime minister.

Any further IMF talks could not take place until a new government was installed that could credibly discuss fiscal reforms wanted by foreign lenders.

Years of economic stagnation and declining public services, worsened by political paralysis, have soured many Tunisians on the form of democracy they adopted after the revolution, and Saied's intervention appeared to have widespread support.

This week ambassadors from the G7 group of rich democracies urged Saied to appoint a government and return Tunisia to a constitutional order in which an elected parliament played a significant role.

Tunisia's powerful labour union, the UGTT, has also urged him to appoint a government and start dialogue to change the political system. UGTT officials were not immediately available for comment.

Officials from the largest party in parliament, the moderate Islamist Ennahda, which has been the most vocal opponent of Saied's moves, were also not immediately available for comment.

Tunisia's leading Islamist party moved on Tuesday to ease the country's political crisis, calling for dialogue and urging supporters not to protest ...
News
2 months ago

Israel fired artillery and mounted more air strikes on Friday against Palestinian militants in the Gaza Strip amid constant rocket fire deep into ...
News
5 months ago