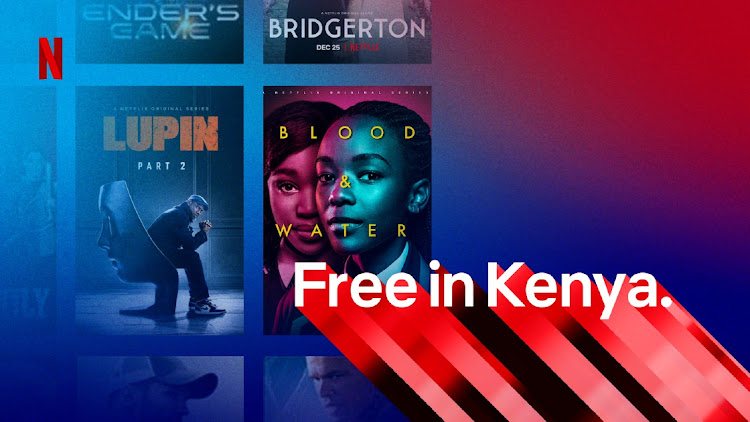 Screen image of Netflix plan being offered in Kenya obtained by Reuters on September 20, 2021.
Image: Netflix/Handout via REUTERS

Netflix Inc on Monday began offering a free mobile plan with about one-quarter of its TV shows and movies in Kenya, a strategy aimed at sparking growth in a key African market, the company told Reuters.

The free plan is available on Android mobile phones and will not have ads. It features Netflix movies and TV shows such as dramas “Money Heist” and “Bridgerton” and African series “Blood & Water,” plus some of the programming the company licenses from others. Netflix hopes the free plan will lead to users signing up for a paid option with more content.

The world's largest streaming video service is looking to add customers outside more saturated markets such as the US, where new subscriber sign-ups have slowed  at a time when competition for online audiences has intensified.

Executives remain bullish on the long-term future, noting there are large markets where streaming television is just starting to take hold. To attract customers in Africa, Netflix is investing in locally made programming such as “Queen Sono” and “Jiva!” and has partnered with production studios in Nigeria.

“If you've never watched Netflix before — and many people in Kenya haven’t — this is a great way to experience our service,” Cathy Conk, director of product innovation at Netflix, said in a blog post. “And if you like what you see, it’s easy to upgrade to one of our paid plans so you can enjoy our full catalogue on your TV or laptop as well.”

The free plan started on Monday and will roll out across Kenya in the coming days.

The non-paying Netflix subscribers in Kenya will not be counted in the paid total the company reports each quarter, a spokesperson said.

Netflix has experimented with free offers before. In 2020, it made some episodes of series such as “Stranger Things” and movies including “To All the Boys I've Loved Before” available around the world for no charge via web browsers.

The free plan in Kenya is broader. It will look similar to paid Netflix profiles to give viewers a feel for the service, the spokesperson said. Shows that are not included in the free plan will be marked with a lock icon. Clicking on one of those titles will encourage the user sign up for a paid option.

Anyone 18 or older in Kenya can enrol in the free plan and create up to five profiles. No payment information will be required.

Some functions, such as the ability to download a show or movie, will not be available under the free plan.

Netflix, which streams in more than 190 countries, has taken other steps to boost usage in Africa, including creation of a paid mobile-only plan and partnerships with local telecom operators to ease payments.

The company reported 209 million paying customers worldwide at the end of June. New member pickups slowed in the first half of 2021 after a boom early in the COVID-19 pandemic.