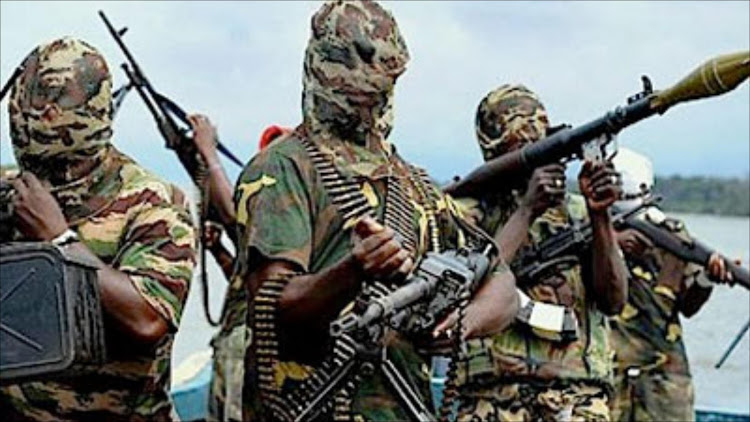 Northwestern Nigeria has been hit by a wave of mass abductions this year which the authorities have blamed on bandits seeking ransoms.
Image: Times Media/ file photo

Gunmen killed at least 22 security personnel at a remote army base in a northwestern Nigerian state plagued by bandits and kidnappers, a lawmaker said.

Aminu Gobir and another security source said bandits attacked the base in Sokoto State close to the border with Niger on Sunday, killing 14 soldiers, five police officers and three members of a civil defence force.

The army had said earlier that troops had repelled an attack by militants from the Islamic State West Africa Province (ISWAP) and killed scores of them. Armed forces spokesperson Major General Benjamin Sawyerr said the security forces had suffered casualties but gave no details.

Reuters could not independently verify either account. The clash took place in an area where it is unsafe to travel due to the risk of attacks and abductions, and where the authorities have shut down telecoms networks to help an ongoing military crackdown on bandit camps.

Northwestern Nigeria has been hit by a wave of mass abductions this year which the authorities have blamed on bandits seeking ransoms.

Sawyerr did not respond to repeated requests for comment on the different accounts of the clash.

In his statement, he said the crackdown in the northwest had disrupted both bandits and ISWAP.

“The aggressive operations of troops ... as witnessed in recent months in the northwest region has been a thorn in the flesh of ISWAP and bandits,” he said, without elaborating.

Sokoto, in Nigeria's northwestern corner, is far from the Islamist insurgents' usual area of operations in northeastern Borno State.

ISWAP split from the Boko Haram insurgent group five years ago and the two factions have fought each other as well as the Nigerian military.

The 12-year conflict, which has spilt over into Niger, Chad and Cameroon, has claimed 300,000 lives, according to a United Nations estimate, and left millions dependent on aid. Reuters

Nigerian troops killed scores of Islamist insurgents and suffered casualties among their own ranks during heavy fighting around a remote army base on ...
News
2 months ago

Africa's fight against Covid-19 in a 'critical' phase

The next three months will shape how the Covid-19 pandemic plays out in Africa, whose fight against the virus has been crippled by its lack of access ...
Africa
2 months ago

A new guild of artists from Nigeria's Benin City has offered to donate artworks to the British Museum in London as a way to encourage it to return ...
News
2 months ago