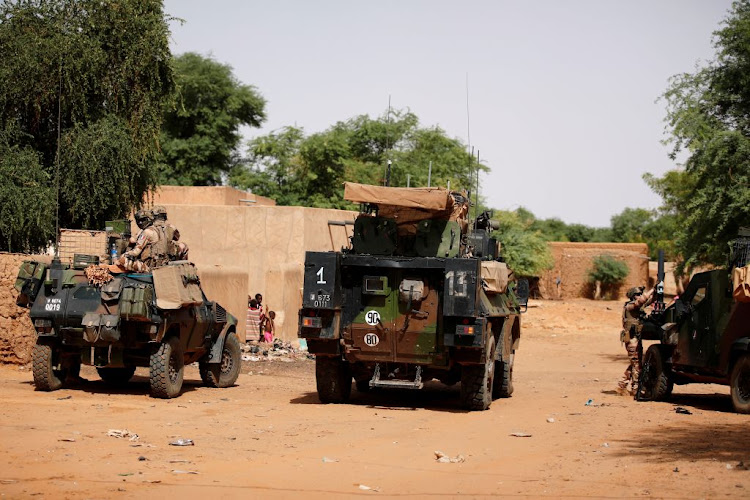 The delivery comes at a moment of tense relations between Mali and its key military partner France over reports Bamako could recruit Russian mercenaries as Paris reshapes its 5,000-strong counter-terrorism mission in the region.
Image: REUTERS/Benoit Tessier/File Photo

He said Mali had bought the helicopters in a contract agreed in December 2020 to support its armed forces in their battle alongside French, European and UN troops with insurgents linked to Islamic State and al Qaeda.

"Mali bought these helicopters from the Russia Federation, a friendly country with which Mali has always maintained a very fruitful partnership," he told local media on the tarmac after the plane landed in the capital Bamako, adding that the weapons and ammunition were given by Russia.

The delivery comes at a moment of tense relations between Mali and its key military partner France over reports Bamako could recruit Russian mercenaries as Paris reshapes its 5,000-strong counter-terrorism mission in the region.

Diplomatic and security sources have told Reuters that Mali's year-old military junta is close to recruiting the Russian Wagner Group, and France has launched a diplomatic drive to thwart it, saying such an arrangement is incompatible with a continued French presence.

Meanwhile Mali's prime minister on Saturday accused Paris of abandoning Bamako in a speech at the United Nations.

Responding to this charge for the first time, President Emmanuel Macron on Thursday questioned the legitimacy of the Malian authorities overseeing a transition to elections after two coups in just over a year.

"What the Malian prime minister said is unacceptable. It's a shame. And that dishonours what isn't even a government," he told Radio France International.

Reuters has been unable to reach the Wagner Group for comment.

France warned Mali on Thursday that it would lose the support of the international community if it entered into a deal with Russian mercenaries.
News
2 months ago

Mali could push back presidential and legislative elections from late February to avoid their validity being contested, its prime minister handling a ...
News
2 months ago