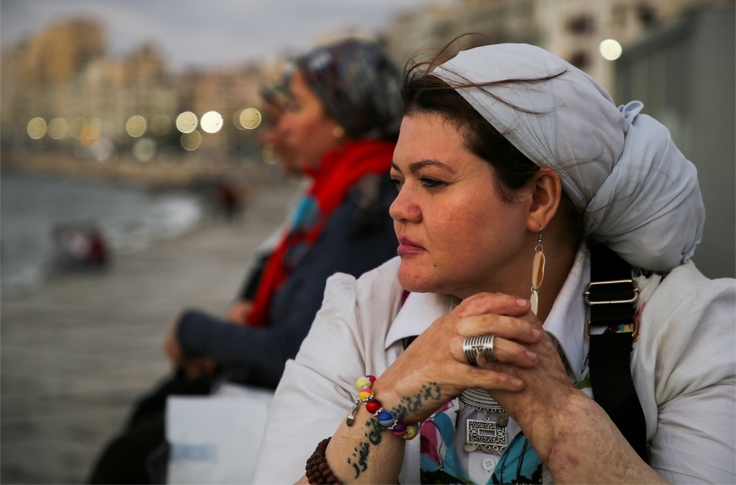 More than 20 years after suffering burns to her arms, neck and chest when the kettle caught fire as she was making tea, Egyptian Hend el-Banna is trying to help other burn victims avoid the stigma and rejection she has long faced.

Banna grew up in Saudi Arabia and struggled to secure a job when she returned to Egypt. She was engaged four times, then rejected by each fiance's family because of her looks.

Now the owner of an online accessories brand called Shahrazad, Banna models items herself while running an association called Ehtewa'a (Inclusion) from the city of Alexandria, one of several charitable groups that supports burn victims in Egypt. Volunteers and doctors provide medical care, treatment, and psychological assistance to people with burn injuries.

One of around 500 people the organisation has helped over the past three years is 21-year-old university student Hanan Ashraf, who was burned after she poured gasoline onto a fire at the age of eight.

"When I was younger, I couldn't look at myself," she said. "If I hadn't taken one photograph in primary school, I would have never known what I really looked like."

Another is Mamdouh Mahmoud, 28, who has undergone surgery 17 times since being burned in a fire at his father's carpentry shop two decades ago.

Having been rejected by many employers, he now works at a medicine-distribution warehouse where there is little interaction with outsiders as he still struggles with people's shock when they see his injuries.

"Just because you're a burn victim does not mean you have to go above and beyond for people to like you," he said. "Just do whatever comes naturally to you."