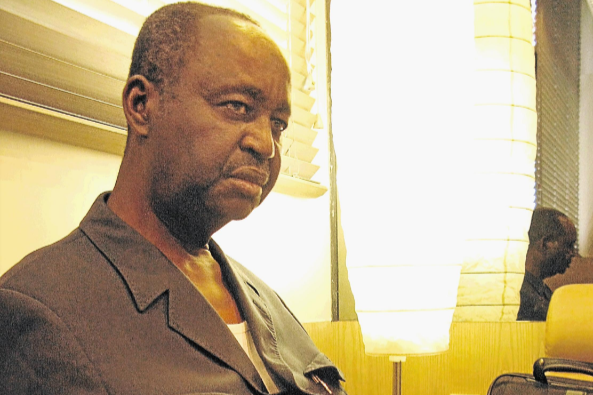 The Central African Republic has been mired in violence since a coalition of mostly northern and predominantly Muslim rebels known as Seleka, or "alliance" in the Sango language, seized power in March 2013, ousting Bozize.
Image: STEPHAN HOFSTATTER/ File photo

Mahamat Said Abdel Kain was detained in January and transferred to The Hague where he faces accusations of war crimes and crimes against humanity committed in 2013.

Judges will decide within 60 days of the end of the hearings on Wednesday whether to confirm some or all of 14 charges against Said, including persecution and torture, and move the case closer to trial.

“We say the evidence overwhelmingly shows that Mr Said was in the room where it happened. He encouraged it, he facilitated it — but he also took part in beatings and mistreatment,” prosecutor Karim Khan told the judges.

The Central African Republic has been mired in violence since a coalition of mostly northern and predominantly Muslim rebels known as Seleka, or “alliance” in the Sango language, seized power in March 2013, ousting Bozize.

Their brutal rule gave rise to the opposing “anti-balaka” Christian militias, several of whose former leaders also face charges at the ICC.

Prosecutors said there was no way for Said not to have known of the mistreatment of the prisoners in one detention centre because his office was directly above the room where they were held.

“Literally standing on their heads, trampling on their dignity, stamping on their rights — he cannot plead ignorance,” Khan said.

A defence lawyer told the judges that disorder reigned in the detention camps at the time of the alleged offences and that Said was not in charge.

“In such a situation there are no responsible people,” lawyer Jennifer Naouri said.