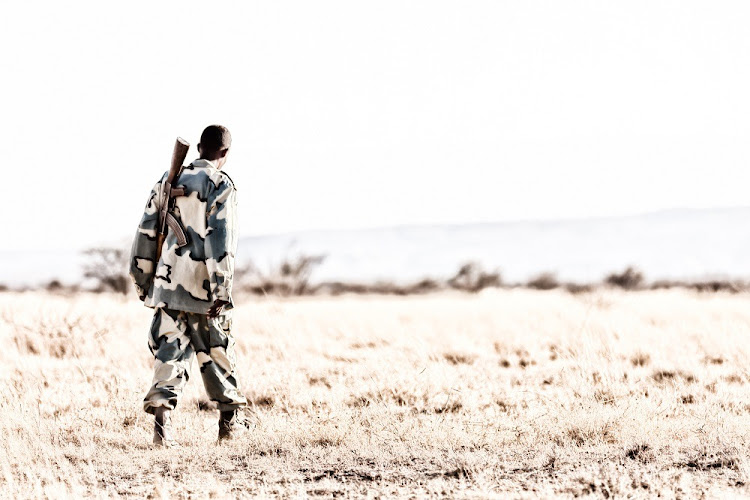 A security raid on a suspected radicalisation centre in central Uganda had found 22 young people who security personnel suspects were being prepared for recruitment into ADF, he added.
Image: kpro/123rf

Uganda said on Monday that seven suspects had been killed and 106 people detained during operations by the security services linked to three suicide bombings in the capital Kampala last week.

Islamic State (IS), which is allied with an anti-Uganda rebel group - Allied Democratic Forces (ADF)- claimed responsibility for the Nov. 16 attack, which killed seven people, including the three bombers, and injured dozens more. One police officer was among the 4 others killed and 27 out 37 wounded were also police officers.

"To disrupt and dismantle acts of domestic terrorism, we have intensified operations. Since these operations began, a total of 106 suspects have been arrested," police spokesperson Fred Enanga said in a statement posted on Facebook.

Police did not provide details on how the seven suspects were killed.

In last week's attack, a suicide bomber blew himself up at the entrance of a police station in the centre of Kampala. Three minutes later two other suicide bombers exploded along a road that leads to the parliament.

"We are actively monitoring all spaces in homes, places of worship, which are acting as domains for recruitment and as collection centres, for children who are introduced to ideological messages and beliefs," Enanga said.

A security raid on a suspected radicalisation centre in central Uganda had found 22 young people who security personnel suspects were being prepared for recruitment into ADF, he added.

The ADF was founded by Ugandan Muslims in 1990s and initially waged a war against the Ugandan government from bases in the country's west.

They were eventually routed and fled into eastern Congo where they have been operating since, with the UN blaming them for thousands of civilian deaths.

The blasts in Kampala, which forced the evacuation of parliament, shocked a nation known as a bulwark against violent Islamist militants in East ...
News
1 week ago

A bomb that looked like a "jackfruit" killed at least two children in a Ugandan village on Friday, after being given to the children while they were ...
News
4 weeks ago

An explosion on a bus on Monday killed at least two people in the Ugandan town of Lungala, two days after a bombing in the capital Kampala, police ...
News
1 month ago