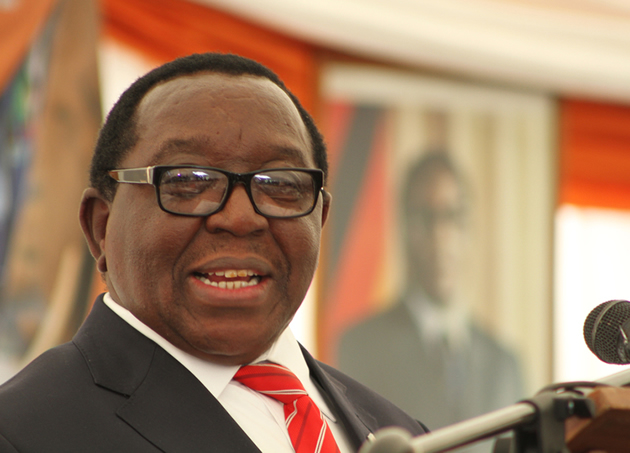 Moyo, 76, who was also a former diplomat, died on Sunday at Mater Dei Hospital in Bulawayo, where he had been admitted for treatment.

“Zanu-PF spokesperson comrade Simon Khaya Moyo, 76, has died. Comrade Moyo, who had been unwell for some time, was in September replaced by Dr Mike Bimha as acting secretary for information and publicity,” said the ZBC.

In a condolence message on Monday, President Emmerson Mnangagwa said Moyo had succumbed to cancer and had undergone treatment in India and SA in recent years.

“A stalwart of the Zimbabwe liberation struggle and long-time loyal personal aide to our late vice-president and Father Zimbabwe, comrade Joshua Mqabuko Nkomo, comrade SK, as we all affectionately called him, distinguished himself as a true patriot, a freedom fighter and a resourceful, versatile cadre beyond the onerous and risky chores of the struggle which he embraced with selfless courage,” said Mnangagwa.

Moyo joined the then Zimbabwe African People’s Union (Zapu) in 1968 and received military training in Russia and Cuba. He was a special assistant to the former opposition Zapu leader Joshua Nkomo in the mid-to-late 1970s leading up to independence in 1980.

After independence, he held several ministerial posts in government and was a key player in Zanu-PF party politics. He was the country’s ambassador to SA from 2007 to 2011.

Moyo is famously remembered for his announcement of then vice-president Mnangagwa’s dismissal by former president Robert Mugabe on November 6 2017, triggering a coup a week later.

In the announcement, Moyo said that Mnangagwa had “consistently and persistently exhibited traits of disloyalty, disrespect, deceitfulness and unreliability”.

In a bizarre turn of events, two weeks later, on November 21 in a coup led by then retired army general Constantino Chiwenga, to dislodge the late Mugabe, Moyo announced Mnangagwa's return, saying: “Mnangagwa ... will come back in the next 24 hours or so and he will be the one who will be sworn in to be (interim) president for 90 days.”