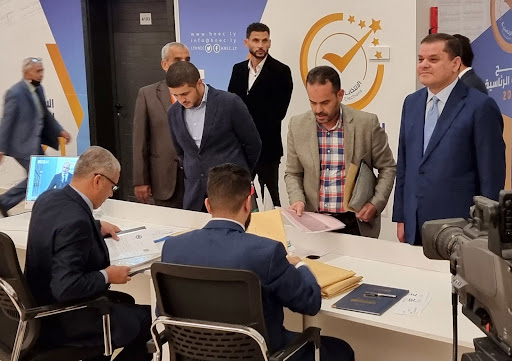 The head of Libya’s elections commission ordered the closure of committees that would help stage Friday’s presidential ballot.
Image: Bloomberg

The head of Libya’s elections commission ordered the closure of committees that would help stage Friday’s presidential ballot, adding to mounting doubts the landmark vote in the Opec member will take place as scheduled.

Personnel who would run voting stations and count the ballots, among other tasks, were ordered to remain on standby. Shuttering the committees is the latest decision to cast doubt over the UN-backed election that is seen as key to ending a decade of turmoil in Libya.

The commission has failed to release a final list of candidates, but among those who’ve registered to run are a son of Libya’s former autocratic leader Muammar Gaddafi, eastern military commander Khalifa Haftar, and Abdul Hamid Dbeibah, the prime minister of the unity government organising the vote.

Years of efforts, backed by several world powers, helped pave the way for a ceasefire and the Dbeibah administration. The election is supposed to cap the process, setting Libya on a more stable path.

A Libyan court ruled on Thursday that the son of the late leader Muammar Gaddafi could run for president, his lawyer said, as arguments intensified ...
News
1 month ago

Libyans in dark over election with eight days to go

There is confusion over the fate of Libya's election that has not yet been formally delayed, but that an electoral official says will be impossible ...
News
1 month ago

Millions of people in Kenya, Ethiopia and Somalia are in dire need of humanitarian assistance thanks to a drought that’s killed hundreds of thousands ...
News
4 weeks ago