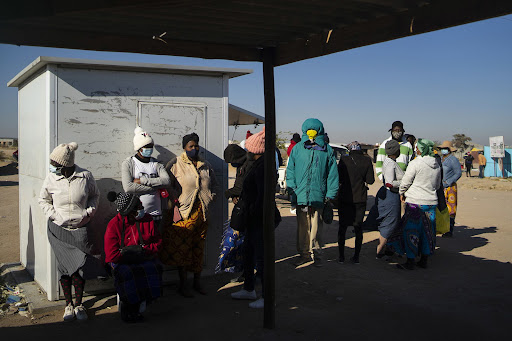 In Zimbabwe’s second city, Bulawayo, government medical staff are going door-to-door with Covid-19 vaccines in a bid to boost a stalled vaccine programme in the latest indication of how Africa’s drive has now switched from sourcing doses to persuading people to take them.

The two-week programme in Bulawayo, where at least 650,000 people live, began on January 13 and will use both health ministry staff and city officials, according to a statement on Thursday. Mobile vaccination sites have also been established to administer initial, second and booster doses.

The step taken by city authorities speaks to the challenge many African countries are facing. Earlier in the pandemic African countries found themselves at the back of the queue for vaccines. Now, many are struggling to administer them because of weak health systems or a reluctance to take them among the population.

Some “residents are refusing to get vaccinated,” said Maphios Siamuchembu, the Bulawayo provincial medical director, in an interview. “We have adequate vaccine doses and have no problem with human resources.”

With just 10.4% of Africa’s 1.2-billion people having received a full Covid-19 vaccine course, the continent lags the rest of the world. In the US 62% of the population has received a full course of inoculations and that figure is 72% for the EU.

The door-to-door programme will have to be extended beyond the initial two weeks, Siamuchembu said.

“It's one of the strategies which we will have to use to get people vaccinated,” he said.

What shall it profit a man to gain the whole world? Prophet who dropped R1.3m at a club wants to tell you

Zimbabwean pastor Passion Java, who likes to be paid for his prayers, drops R1.3m at a Pretoria nightclub and promises to show followers how they too ...
News
4 months ago