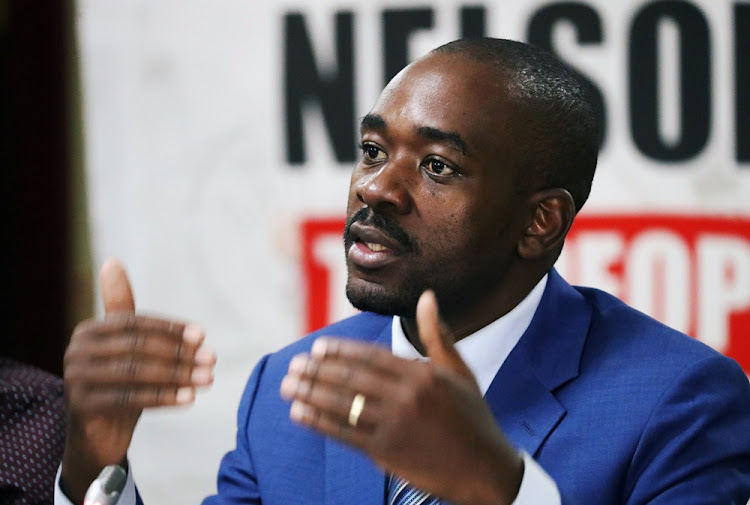 Addressing a press conference in Harare on Monday, Chamisa said the political party was charting a new course, and was start of a “new trajectory” in Zimbabwe.

“We are putting citizens back at the centre. A new great Zimbabwe is being born. We are here, we are having a new entity, a new organisation. We have left the past. We represent new hope, joy, freedom. The new baby is called Citizens Coalition for Change,” he said.

The party will use yellow as its colour instead of the MDC’s red. Its symbol will be a raised hand with its index finger pointing up.

Chamisa told TimesLIVE the CCC was a citizen movement owned by Zimbabweans.

“We have a fresh momentum and new values and our aim is to transform lives. We are going to restore the dignity of the people of Zimbabwe. The citizens are taking centre stage of the party in matters of nation building and policy making.”

The opposition leader with the largest following in the country won 44.3% of the votes in the 2018 presidential election against incumbent President Emmerson Mnangagwa’s 50.8%

In Zimbabwe’s second city, government medical staff are going door-to-door with Covid-19 vaccines in a bid to boost a stalled vaccine programme in ...
News
6 months ago

JUSTICE MALALA | Malema should be careful what he wishes for

How can the EFF leader support Robert Mugabe’s tyranny and then bemoan the number of Zimbabweans in SA?
Opinion & Analysis
6 months ago