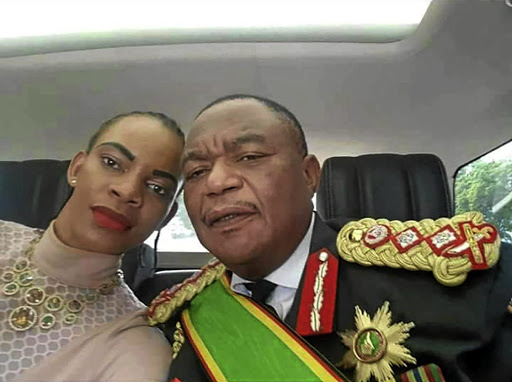 Part of the court ruling reads: “A preservation order is granted with immediate effect in terms of section 38(2) of the Prevention of Organised Crime Act of 1998 (Poca) preserving the property identified.

“That the SA Police Service (SAPS) Brooklyn police station ... seize the property ... to be kept for safekeeping at Pretoria west pound until the outcome of the forfeiture proceedings to be instituted in terms of section 48 of the act.”

Mubaiwa, 40, a former model, is fighting mounting court cases. The Zimbabwe Anti-Corruption Commission (ZACC) charged her with fraud, money laundering and externalising foreign currency. In a statement, the country’s anti-corruption body said it made an application to SA authorities to seize the property, pending forfeiture.

“SA authorities have been granted a preservation order by Pretoria high court judge Aubrey Ledwaba to seize, pending forfeiture, an upmarket house and two Range Rovers belonging to Marry Mubaiwa. The order was granted after an application for mutual legal assistance made by ZACC through the National Prosecuting Authority (NPA) to South African authorities. ZACC is committed to ensuring that any proceeds of corruption stashed anywhere in the world are recovered as part of its unrelenting fight against corruption,” said ZACC.

Work or you’re out: Zimbabwe threat to striking teachers

The Zimbabwe government says teachers and education officials who do not report for duty will be deemed to have resigned.
News
4 months ago

On Tuesday morning, Biti issued a statement on social media confirming the arrest, which he described as “wanton abuse of our rights and the rule of ...
News
4 months ago