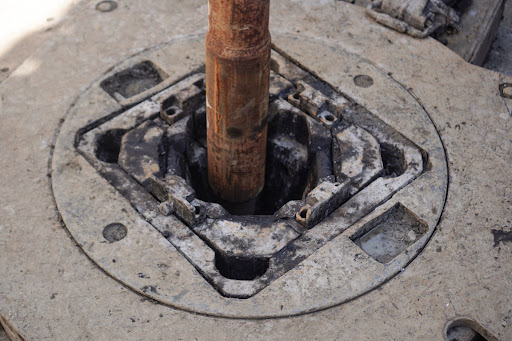 Discoveries off Africa have dwindled in recent years as exploration all but ground to a halt, with just a single rig operating in 2020 as the Covid-19 pandemic took hold. Environmental groups are calling for an end of fossil fuel development and taking legal measures to block it.
Image: Bloomberg

Namibia’s nascent oil industry sees a window of 10 years to get going before the move towards net-zero emissions makes it too late to develop further discoveries.

The arid and sparsely populated country that neighbours SA has hopes of being the next big frontier for oil after significant offshore finds by TotalEnergies SE and Shell Plc in February. But in an industry that’s keeping a lid on spending, diverting investment into clean energy and pledging to eliminate carbon dioxide by 2050, the clock is ticking for developing nations that hope to monetise untapped resources.

Discoveries off Africa have dwindled in recent years as exploration all but ground to a halt, with just a single rig operating in 2020 as the Covid-19 pandemic took hold. Environmental groups are calling for an end of fossil fuel development and taking legal measures to block it.

“This was the right time to make a discovery,” Emmanuelle Tutenuit, deputy director of Africa for TotalEnergies, said at a conference in Windhoek. “In 10 years time, it might be too late with those who are moving to net zero.”

The oil and gas industry is known for lengthy developments, particularly in areas that don’t have established infrastructure. In Uganda, development of major oil reserves first discovered in 2006 has only just started and the crude won’t reach international markets until 2025. In Mozambique and Tanzania, large offshore gas fields found about 10 years ago still face an uncertain future.

The country must avoid political risk and other obstacles that could slow the path to production, “so we don’t end up like countries like Uganda or Mozambique where they’ve made discoveries but it’s taken them so long,” Immanuel Mulunga, MD of the National Petroleum Corp. of Namibia, or Namcor, said in an interview. “We’re still competing with other countries for development from the international oil companies.”

Shell and TotalEnergies have yet to confirm whether their offshore fields are large enough to warrant commercial development. Such projects can’t be rushed in just two or three years, said Dennis Zekveld, Namibia country chairman for Shell.

Teams for TotalEnergies are testing samples of its discovery and a rig has been hired to assess the pressure and quality of the wells, Tutenuit said. The company could start a first phase using a floating production vessel in four to five years, and a potential gas pipeline could follow, she said.

Production could be reached in six years “if we push it,” said Mulunga. “We need to produce that gas and oil as quickly as possible out of the ground so it doesn’t get rendered unnecessary by the energy transition.”